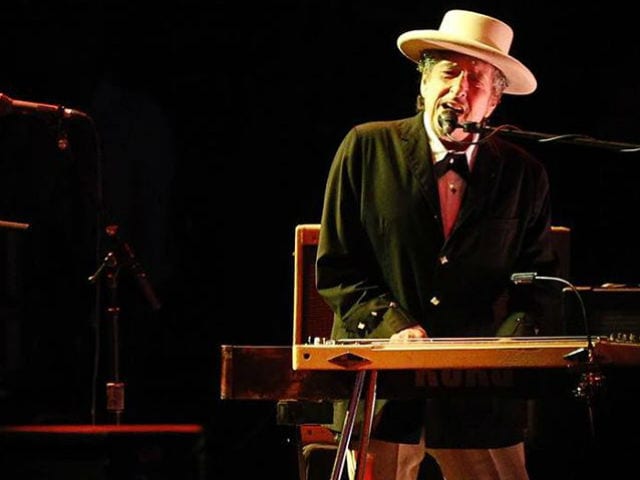 Las Vegas: US singer Bob Dylan, who has won the 2016 Nobel Prize for Literature, barely spoke to the audience on Thursday night about the coveted award during his first public performance since the announcement. While the audience cheered on for more songs during Bob's performance, the 75-year-old legend just gave a brief encore, ending his set with a mournful yet playful cover of Frank Sinatra's Why try to change me now, reported theguardian.com.

Bob found stardom when his songs -- especially The Times They Are A-Changin -- became anthems in the 1960s, encapsulating the atmosphere of protest and change that surrounded the civil rights movement as well as the campaign to end the war in Vietnam.

Over the span of his 50-year career, Bob has sold over 100 million records, and was even given a special citation by the Pulitzer Prize Committee in 2008, theguardian.com. said.

Promoted
Listen to the latest songs, only on JioSaavn.com
He is the first musician ever to win the Nobel Prize for Literature, and the first American to pick up the prize since novelist Toni Morrison, author of the novels Jazz, Song of Solomon, and Beloved, who won in 1993.