Blank Movie Review: Karanvir, Ishita get their moments in the sun but are not allowed any shots at cornering the limelight. That privilege is reserved for Sunny-Karan. 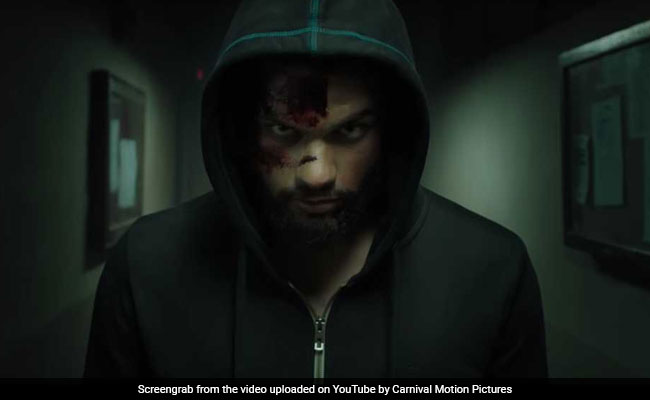 Behzad Khambata informs his first directorial venture, Blank, a terrorism-themed thriller, with pace and pizzazz. The sporadically intriguing film merits praise for the way it stays true to its bare-bones plot, creates the requisite atmospherics, and barrels a dangerous cat-and-mouse game between a tough-as-nails anti-terror squad (ATS) officer and an on-the-run suicide bomber into an explosive climax in which the latter turns the tables on the lawman. All the spiffiness, sadly, stays on the surface, leaving Blank groping for purpose.

The film is let down by a storyline that strains credulity. A Muslim youth with a chip on his shoulder returns to the metropolis with a bomb embedded - yes embedded, not strapped - on his chest and, hold your breath, wired to his heart. He is a live 'trigger' for multiple explosive devices on a bunch of terrorists who've sneaked into the city. The set-up is both bizarre and burdensome, as much for the man as for the movie. 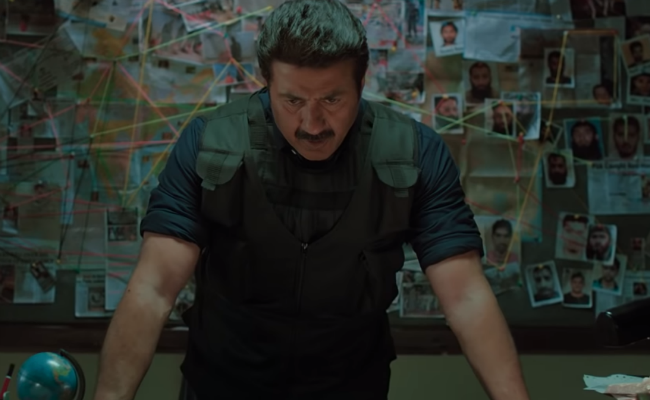 Sunny Deol in a still from the film.

Even less convincing is the young man's motivation, which, of course, is not revealed until pretty late into the film. The genesis of his rage is predictably rooted in an incident that he now barely remembers, but he feels wronged enough to put his heart and the lives hundreds of innocents on the line.

Sunny Deol, in the garb of a phlegmatic loner wedded to his job, stomps through Blank, occasionally in the company of his ATS colleagues, making firm declarations of intent as he goes about his mission to thwart the terror plot. The screenplay (by the director himself) keeps digressions to the bare minimum, but its attempts to build tension and sustain suspense do not yield much dividend because Blank is low on surprises.

The film opens on a strong enough note. A bearded young man with his hands tied behind him is on his knees in the middle of the vast expanse of a salt pan as a police sharpshooter takes aim and waits for his boss' command to fire. The sitting duck is saved in the nick of time by a phone call. Cut. The film takes us back 12 hours.

Once the film's most powerful card has been placed on the table, what unfolds in the rest of the first half is devoid of elements that could evoke genuine, nail-biting anticipation. For one, the audience knows that the suicide bomber isn't about to blow himself up. And why would he when the desperado is played by Karan Kapadia, the actor for whom Blank is meant to be a launch pad. It is easy to guess, therefore, that he isn't vanishing from the scene, if at all, until the dying moments of the film.

The terrorist has no memory of how and why he is here - the state of his mind gives the film its title - but he is haunted by the vision of a chawl in flames, the crackle of a raging fire, and a man shrilly exhorting him to run to safety. He clearly isn't a man without a past. It is just that he has no recollection of it.

But that does not stop the film from divulging details aimed at penetrating the bomber's mind - which is what the interrogator is looking to do. Although the guy can only say Mera naam Hanif hai, shaayad (My name is probably Hanif), his mentor, a radical preacher (Jameel Khan), looms into the frame and provides obvious context to what the trained terrorist is out to do. This isn't any different from what Bollywood's Islamophobic thrillers usually offer.

With Kapadia opting to sleepwalk through the role with a completely blank visage - we have no way of knowing if that is a deliberate, essential-to-the-plot ploy or the result of a limited range of expressions - not much is conveyed by way of genuine anguish or confusion.

Mumbai's ATS chief S S Diwan, a brooding officer, takes it upon himself to get to the bottom of the young man's story. The guy is hit by a car. In hospital, the doctor and the cops stumble upon the bomb under his shirt. The city police commissioner orders the ATS boss to follow procedures. You follow procedures, he retorts, I will do my duty. So, off he marches to dig into the mind of the ticking time bomb on the loose. 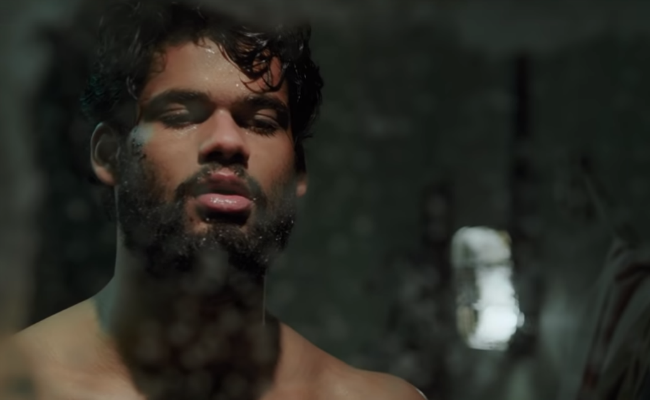 Karan Kapadia in a still from Blank.

A little detour is thrown in to underline how upright the top cop is. His teenaged son, a few years younger than the man he is about to grill, is arrested by the police from a rave party. A policeman on duty asks Diwan whether the boy should be subjected to a blood test. Follow procedures, Diwan says without batting an eyelid. We also see his wife in one scene. His son pops up a few times. But Diwan's family life remains largely outside the pale of the film, making him a very boring, unidimensional figure.

Diwan's two principal aides (played by Karanvir Sharma and Ishita Dutta) do get their moments in the sun - actually, most of the action takes place in dark alleyways, gloomy staircases and dimly-lit hideouts - but they are not allowed to take any shots at cornering the limelight. That privilege is reserved for Deol and Kapadia.

Deol's crusty persona, harking back to the characters he played in the 1990s, hinges on inspiration from memory. Kapadia isn't the most mercurial actor, and is evidently rough on the edges, so it is just as well that he is required for the most part to look lost. He does that well without appearing to be trying too hard.

If there is one member of the cast who stands out, it is Jameel Khan in the guise of a small-time extortionist who turns into a terror mastermind. The lines he spouts are stilted and unsurprising, but he uses his voice and dialogue delivery to bring out the shiftiness, and the menace, of the character. Unfortunately, his act doesn't rub off on the film. Blank fires more blanks than is good for it.