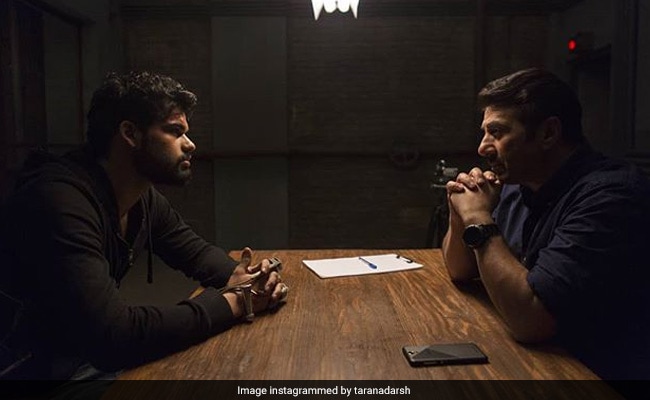 A still from the film Blank (courtesy taranadarsh

Blank, starring Karan Kapadia and Sunny Deol, on its second day at the box office, has managed to collect a total amount of Rs 2.14 crore, after a "minimal growth" the movie saw after its release on Friday. Trade analyst Taran Adrash in his tweet said, "Blank witnesses minimal growth on Day 2... The 2-day total remains extremely low. Friday 97 lakhs, Saturday Rs 1.17 crore. Total: Rs 2.14 crore [1255 screens / 4015 shows per day] India business." Blank is the debut film of Karan Kapadia, who is the nephew of Dimple Kapadia and is Twinkle Khanna's cousin. The film is an interrogative drama, in which Karan Kapadia plays a suicide bomber. The film is helmed by debutante director Behzad Khambata.

In the film, Akshay Kumar has a special cameo in a song while Sunny Deol plays a cop in the movie. Talking about the roles of Sunny Deol and Akshay Kumar, Karan Kapadia in an interview with news agency PTI said, "When I signed the film in 2016, Sunny sir was not a part of it at that time. It was a small film then. Now it has become a big film due to Sunny sir and Akshay sir. It is incredible. I had never imagined it this way."

Blank released last Friday and opened to mix reviews. In his review for NDTV, Saibal Chatterjee wrote: "The sporadically intriguing film merits praise for the way it stays true to its bare-bones plot."