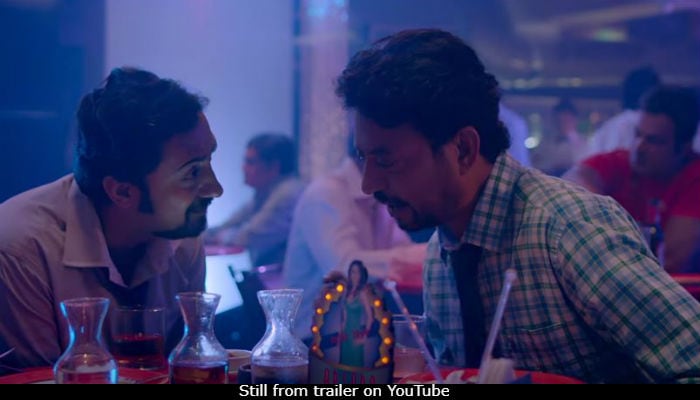 New Delhi: Irrfan Khan's Blackmail has collected almost three crores at the box office on its opening day, prompting trade analyst Taran Adarsh to tweet: "Blackmail had a slow start in morning shows." Blackmail, however, gained pace in the evening, particularly in the multiplexes, said Mr Adarsh - Blackmail "gathered momentum post evening at plexes (like most metro-centric movies). Blackmail currently stands at a score of Rs 2.81 crores and counting and it's performance over the weekend will prove to be "crucial", said Mr Adarsh. Blackmail's weekend performance will determine how the movie will fare over the weekdays, Mr Adarsh added. "Sat and Sun biz is crucial...Will give an idea of how strong it will sustain on weekdays... Fri Rs 2.81 cr. India biz," read his tweet.

#Blackmail had a slow start in morning shows, but gathered momentum post evening at plexes [like most metro-centric movies]... Sat and Sun biz is crucial... Will give an idea of how strong it will sustain on weekdays... Fri Rs 2.81 cr. India biz.

Promoted
Listen to the latest songs, only on JioSaavn.com
Blackmail opened to middling reviews on Friday but Irrfan Khan's performance has particularly been singled out as brilliant. In his review for NDTV, Saibal Chatterjee said: "Blackmail isn't exactly a zippy thriller that rattles along at an even pace, but owing to the quality of the pivotal performance from Irrfan, luminous as ever, it is persistently riveting," and added: "However, it is Irrfan's unblinking, befuddled gaze and shifty body language that define the core of the drama in ways so imperceptible that it is impossible to second guess the moves of the character he plays."

On Friday, joining Blackmail at the theatres was another film - Missing, which co-stars Manoj Bajpayee and Tabu. Directed by Abhinay Deo, Blackmail also stars Kirti Kulhari and Arunoday Singh.