Black Mirror's Charlie Brooker says, "To make an entertaining story, you often need conflict because you need the stakes to be quite high." 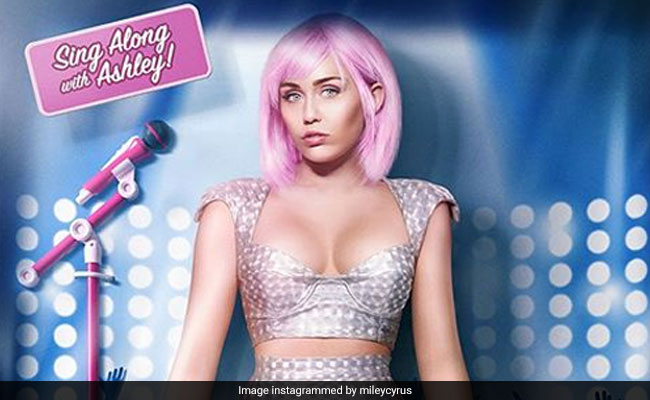 Black Mirror creator Charlie Brooker says he is so good with imagining nightmare scenarios that he can come up with a dark story about something as innocuous as chocolate ice-cream if he put his mind to it. In Black Mirror, Charlie has created a cult sci-fi show, which is set in a twisted, high-tech near-future where humanity's greatest innovations and darkest instincts collide. "Have you seen the news?" is how Charlie Brooker responds to a question about the show's dark take on technology and human interdependence.

"I think it's largely because we're not in the business of warning people about the future. We're trying to make entertaining stories. And to make an entertaining story, you often need conflict because you need the stakes to be quite high. All of those things encourage me to write nightmare scenarios a lot of time," Charlie Brooker told PTI in a telephonic interview from London.

The fifth season, with three episodes Striking Vipers, Smithereens and Rachel, Jack and Ashley Too, began streaming on Netflix from Wednesday.

Charlie Brooker says the show is not without hope despite the dark aspects in most of the episodes.

"It's not always that dark. San Junipero (about two women finding each other in a fictional world) is not so bleak, Hang the DJ (about a prospective couple meeting each other through a dating app) is not so horrible a vision of tomorrow. There is light and shade. But yes, there is a bit of darkness thrown in there," he adds.

Black Mirror, as the name suggests, is about the collective obsession with screens, be it smart phones, computers or television sets. Technology, Charlie says, plays a crucial role in how things evolve in "Black Mirror" but it is the humans who mess up everything.

"With the potential exception of Metalhead, most of the time, the thing that's causing the problem in the episode is a person who is misusing something. What we do show is technology being very powerful and very seductive and humans in the story mess everything from there," he said.

A former journalist, Charlie Brooker says making Black Mirror would be the worst job in the world if he was anti-technology. "I'm not in any way anti-technology. What I am, is a worried individual who is apparently very good at coming up with nightmare scenarios. I could probably come up with a nightmare story about chocolate ice-cream if I put my mind to it. Although, it is playing in my own life and involves my stomach getting bigger... Technology is just a factor in storytelling," he said.

The show's executive producer Annabel Jones believes the appeal of Black Mirror lies in the fact that they are constantly dramatising concerns that people already have.

"We are often dramatising concerns that people have and that others have not dramatised as yet. They watch it and feel a little bit unsettled and disconcerted because they sort of recognise elements in their own life, perhaps not as exaggerated as they are in the show, but it is touching a nerve, I think," she says.

Annabel Jones finds the anthology format of storytelling quite appealing as it gives them a chance to experiment and present a variety that would not be possible in any other genre.

"There are lots of dramas that are very feel good and very reassuring. You know what the narrative is going to be, you have a sense of the emotional trajectory. So sometimes it's refreshing to start watching something and you have no idea what direction it's going to go. As a result, it is a more demanding watch. You have to sort of pay attention because you're slightly on edge. And that's a good thing," she adds.

(Except for the headline, this story has not been edited by NDTV staff and is published from a syndicated feed.)
Comments
black mirrorblack mirror episodes