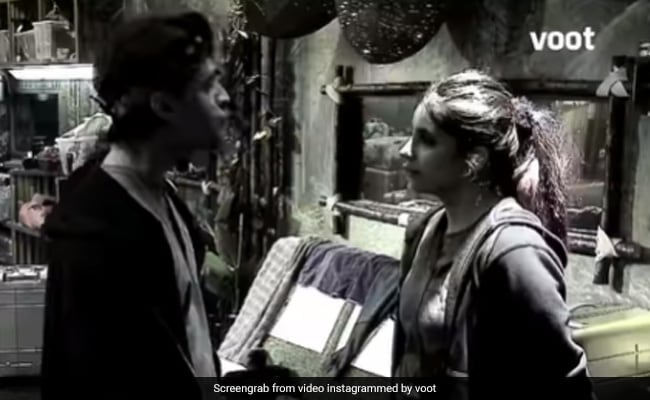 Ieshaan with A Miesha. (courtesy: voot)

Miesha Iyer and Ieshaan Sehgaal have been grabbing eyeballs for their growing closeness inside the Bigg Boss house. The two, who met on Bigg Boss 15, have surprised fans and housemates with how quickly they confessed their feelings. Now, Miesha and Ieshaan are the talk of the town for a candid conversation that they had -- and was aired on Wednesday - on the show. During the conversation, Miesha Iyer is seen asking Ieshaan Sehgaal if he is bisexual, and about the potential rumours that she could be faced with once they step out of the house. While sitting in the garden area in the morning, Miesha Iyer asks Ieshaan Sehgaal what he was referring to when he told her previously, “If you go out, you might get to hear about something me.”

However, while Ieshaan Sehgaal initially brushes away her concerns, he tells Miesha Iyer that he is not the wrong person for her.

Without taking names, Ieshaan Sehgaal adds that he was talking about a “friend,” who may also be known to Miesha Iyer. “I had to play along to sustain. Everyone does that at some point in time. Aise logo k saath aise hi kaam nikalna padta hai [This is the only way to get work out of such people]. I don't have any scene with him; I was just playing around.”

To this, Miesha Iyer says, “You mentioned, playing around. So, define ‘playing along'.” Ieshaan Sehgaal then explains that the person had threatened to ensure that he never gets work. Ieshaan reiterated that he was not bisexual. Miesha responds, “I will let go of this topic here. But you have to promise me nothing like this will happen after this.”

The conversation comes at a time when housemates and a certain section of the viewers are questioning whether the two are serious about each other or are pulling off a stunt for the show. Last week, contestant Umar Riaz was seen getting into an argument with Ieshaan Sehgaal about Ieshaan having accused Miesha Iyer of “playing a game” just days before he confessed his feelings for her.