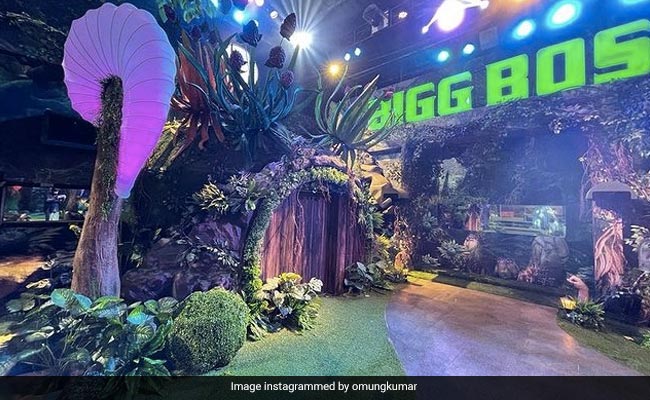 A glimpse of the house. (courtesy: omungkumar)

Meanwhile, the show's host Salman Khan has been teasing his Instafam with promo videos from the show, with veteran actress Rekha's voiceover in the backdrop. Salman Khan introduced Rekha as 'Vishwasuntree' in the videos.

Bigg Boss 15 will be Salman Khan's 12th season as the show's host. Other than Salman Khan, stars like Amitabh Bachchan, Shilpa Shetty and Arshad Warsi have hosted the show. The last season was won by TV actress Rubina Dilaik, while singer Rahul Vaidya was the first runner-up of the show.

Earlier, Salman Khan announced that the new season of the popular TV reality show will first stream on OTT platform Voot, six weeks before it airs on television. Salman Khan also added that he will be hosting the show on Colors TV (the channel on which the show airs). The OTT version was hosted by filmmaker Karan Johar on Voot and Divya Aggarwal won the first ever OTT season of the show.