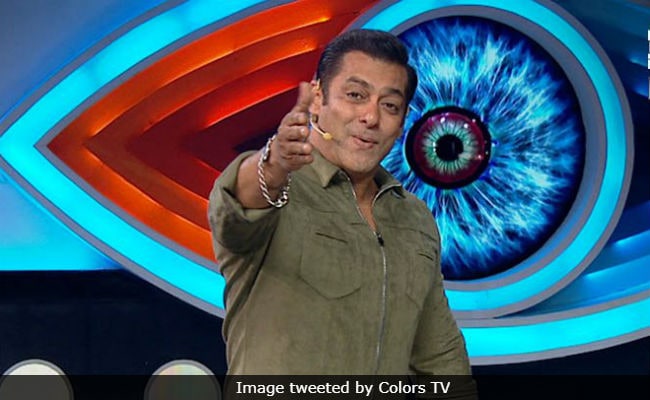 Tonight's episode of Bigg Boss is going to be super exciting as the show's host Salman Khan will be seen interacting with the contestants on "Weekend Ka Vaar." In today's episode, Salman will not only touch upon all the important activities of the week but will also be be seen delighting the audiences by singing songs such as 'Main Hu Hero Tera' and 'Sab Hero Yaha' and will be joined by the performers of Bigg Band. Today's episode will not only witness a performance by Salman Khan but also by Gangs Of Wasseypur singer Deepak Thakur, who especially composed a track called "There Is Something Special Tonight for Salman Khan.

Salman Khan will also be seen questioning former cricketer S Sreesanth's behavior and will be seen telling Sreesanth that he was not very pleased with the use of the word "upbringing" and he will also be seen advising him to stay calm. On a lighter note, Salman will play a prank on all the contestants, wherein he will ask the housemates to name the contestants that they are not very fond of. After much ado, Salman wouldn't be able to control his laughter and will discuss the prank carried out by the Khan sisters and Shivashish.

.@BeingSalmanKhan showed his displeasure on @sreesanth36 talking about the 'upbringing' of housemates! Find out what happens next, tonight on #WeekendKaVaar at 9 PM. #BB12#BiggBoss12@iamappyfizz@oppomobileindia@TheGarnierMan@letsdroompic.twitter.com/VA75BeQqvM