Bigg Boss 12, Day 37, Written Updates: With The Arrival Of Megha Dhade, Are The Contestants Threatened? 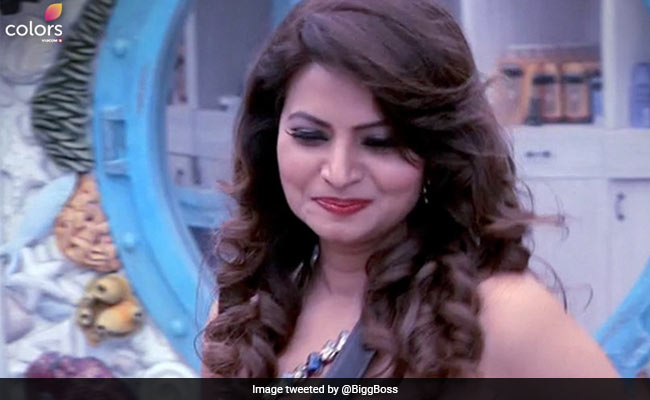 The Bigg Boss 12 house on Monday welcomed two new contestants on the show, Rohit Suchanti and Megha Dhade and it appears that the latter has already started playing her cards well. In today's episode, Megha was seen reviewing performances of the contestants and also allotting names to them. The former Bigg Boss Marathi winner called Deepak Thakur a "confused aatma" and reviewed Dipika Kakkar as a "smooth controller". Karanvir, Shivashish and Deepak were all seen discussing the impact of Megha's arrival. While Karanvir feels that her arrival is good as now all the contestants will have to up therr game, Shivashish appeared to be threatened by her entry.

.@meghadhade thinks that #DeepakThakur is a confused soul and @sreesanth36 is a cry baby in the #BB12 house! #BiggBoss12pic.twitter.com/gMkaE0YIG7

Bigg Boss also announced this week's luxury budget task, titled 'BB Poultry Farm'. The task will also have a simultaneous impact on the next week's nomination process. The contestants will be competing against each other including Megha and Karanvir, who are the shopkeepers. As soon as the hen births an egg, contestants will have to fight to collect it. In exchange of the egg, a contestant can demand the shopkeeper for an effigy of other contestants whom they want to get evicted. The shopkeeper with the most number of eggs will be fight for the captaincy.

Shivashish gets hold of the first egg and gives it to Karanvir in exchange for a doll of Romil. Srishty manages to grab the second egg and gives it to Karanvir. Romil and Shivashish are now out of the contention. Things get intense after Dipika and Surbhi get into fight. While Dipika alleged that Surbhi tried to catch hold of her by her neck, Surbhi said she held her waist. Dipika and Somi also get into a fight as Somi says Dipika hit her. Initially, Karanvir and Megha disqualify Dipika and Surbhi but Bigg Boss intervenes and asks them to continue the game as Karanvir and Megha don't have the right to disqualify them. Deepak gets the next egg and gives it to Megha in exchange of Sreesanth's doll. Deepank managed to get the next egg as well but gives it to Surbhi. She exchanges it with Karanvir for Jasleen's doll.

Karanvir does not wants to contest for captaincy and wants Urvashi to be the next captain. Karanvir convinces Deepak to play for him and get him to nominate Urvashi. This has a mixed response from the contestants. While Saba and Deepak get upset, Urvashi said she wants to fight for herself. Others accuses Karanvir of trying to make an image by making such sacrifices.

The second-phase of the luxury budget task will continue tomorrow.