"You have a responsibility. People will wonder how he played for India," said Salman Khan 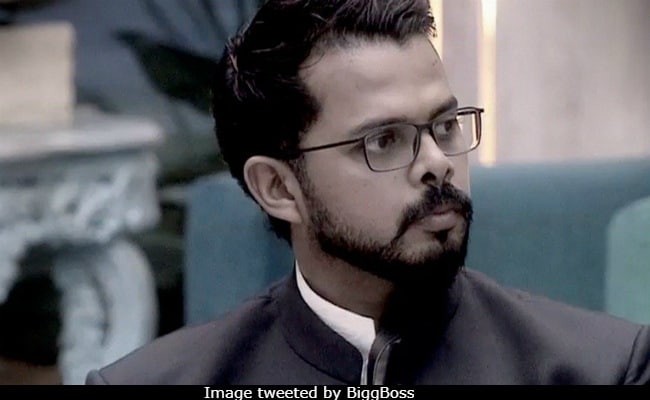 Saturday's episode of Bigg Boss 12 turned out to be an interesting one with a major part of the show being hijacked by a war of words between Sreesanth and Surbhi Rana. After Sreesanth quit the 'Ghoda Gaadi' game citing the multiple injuries he's suffered during his career as a cricketer, Surbhi accused him of stepping out of each and every task with similar reasons and also tagged him as an attention seeker. In response, Salman jokingly said if Sreesanth has been successfully executing this strategy, then he is surely going strong in the game. But pointing out Sreesanth's resignation from the previous task and referring to his repeated pleas to leave the house, Salman Khan explained the viewers revere him as a former Indian cricketer and he must not let them down.

"You need to be careful of that. You have a responsibility. People will wonder how he played for India... you come with a baggage, I know it's a task..." but "marr bhi rahe ho toh bhi you cannot quit," said Salman Khan. "Your full image goes down," he added. In his defence, Sreesanth justified his stand by saying he likes to maintain the "thin line between foolishness and bravery."

Salman Khan also clarified a major confusion in the house about Surbhi allegedly smoking in the washroom, for which she was even sent to jail. A teary eyed Surbhi sobbed and said she doesn't want her parents to get into trouble because of this when Salman clarified that she did not smoke in the loo and the smell was from outside. It was actually Sreesanth's planning for which Surbhi was sent to jail.

Meanwhile, Surbhi Rana was selected for this week's sazaa but due to certain restrictions, Romil Choudhury had to bear the brunt and was sent to the torture room.

Meanwhile, Karanvir Vohra and Srishty Rode turned out to be safe from this week's nominations. That left Urvashi Vani, Saba Khan Sourabh Patel and Jasleen Matharu as the nominated names - one of them will leave Bigg Boss at the end of Sunday's episode.