In today's episode, 'BB Press Conference' task will be moderated by Shilpa Shinde and Karan Patel 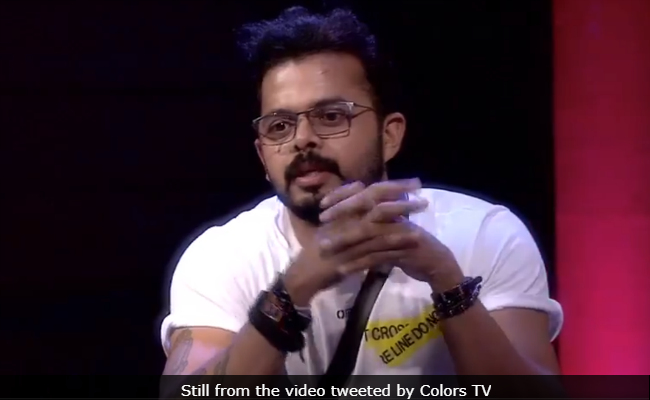 In tonight's episode the viewers will get to witness another facet of former cricketer S Sreesanth's personality. Sreesanth, who seemed quite calm and composed on the first day of the show, will be seen in an aggressive mood to the extent that he not only decides to quit the task but also wants to leave the game. Sreesanth walks out of the task midway, after he has a slight disagreement with Saba Khan and her sister Somi. However, he apologises to the Khan sisters after Karanvir Bohra intervenes and helps pacify Sreesanth's anger.

In another segment of the show, The 'BB Press Conference' task, which moderated by former Bigg Boss contestants Hina Khan and Hiten Tejwani in yesterday's episode, will be carried out by Shilpa Shinde (winner of last season's Bigg Boss) and Karan Patel (who has appeared on the show before but has never participated as a contestant). The duo will be seen moderating the 'BB Press Conference' task, as a part of which the single contestants have to challenge a couple and prove that they are weaker for the show.

Tonight's episode will not just be full of rage, there will be certain light moments as well. All the men will be seen taking charge of the kitchen duties, while Sreesanth struggles to make perfectly round rotis, devotional singer Anup Jalota treats the housemates to lachcha paratha.

Will Khan sisters (Somi and Sana) be on everyone's radar as they discuss responsibilities and house chores with the fellow contestants? Tell us what you think in the comments section.