Bigg Boss 11: A video in which Hina Khan is calling Africa a 'country' went viral 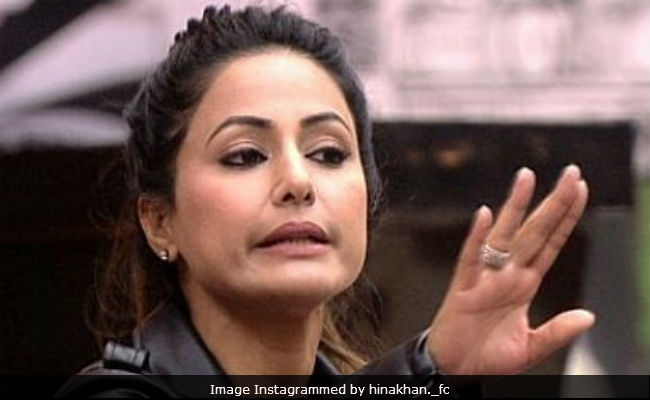 New Delhi: Bigg Boss 11 contestant Hina Khan doesn't know it yet (the reality show isolates its participants from outside contact) but she's being mercilessly mocked on social media for her apparently poor general knowledge. Hina, who stars in the popular soap Yeh Rishta Kya Kehlata Hai, betrayed her GK deficit in a video from an episode of Bigg Boss 11 that has gone viral. In it Hina Khan poses a question to her housemates - name the only country all four tropics pass through - which she answers herself as 'Africa.' Now, 'four tropics' notwithstanding (there are only two, Hina), her answer is actually correct - Africa is the only continent that the tropics of Cancer and Capricorn pass through. However, Hina's question should have said continent and not country, something that Twitter has been shredding her for saying.

Twitter has ridiculed Hina Khan for her 'own geography book' and called her a 'dumb head' while some others have urged host Salman Khan to take up this issue in the Weekend Ka Vaar episode he hosts. Some of the users have even showered hilarious tweets like: "Congratulations, Ms Hina Khan has discovered a new country called Africa" and "She made possible that Russia is the second largest country and Africa is largest."

Take a look at the Internet's hilarious tweets here:

Too much fun @BeingSalmanKhan plz ek baar hina se puch lena... Ki#overconfident#MissGraceful#HinaKhan
Africa is a country....?
Whaaatttttt?!
Too much....! https://t.co/yL6VmjqCUo

@BiggBossNewz#VOOTUndekha : HMs GK session, while making fun of arshi's epic GK, Hina trying to display her knowledge, so according to her there r 4 tropics(actually2 Cancer& Capricorn,1 equator)n all 4 tropics passes through a country called Africa(which is a continent) pic.twitter.com/6L9SMdEYmq

Promoted
Listen to the latest songs, only on JioSaavn.com
Earlier, Hina was denounced by Twitter for slut-shaming co-contestant Arshi Khan and her rude behaviour towards wild card entrant Dhinchak Pooja.

It was also not a very pleasant time for Hina Khan on Bigg Boss' recent episode. Hina lost in the luxury budget 'BB Lab' task.