Bigg Boss 11 Grand Finale: Shilpa Shinde Is The Winner Of The Show 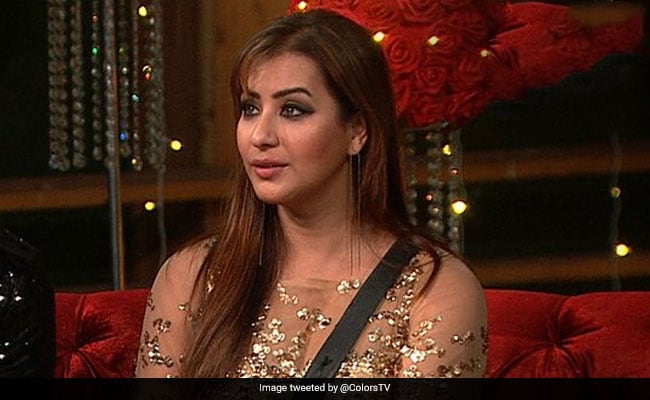 New Delhi: 105 days, 19 contestants and umpteen tasks later, Bigg Boss 11 finally has a winner and the winner is Shilpa Shinde! The popular TV actress took the trophy home from the grand finale of Bigg Boss 11, which aired on Sunday night. Not just the trophy, Shilpa's winning basket also includes prize money of Rs 44 lakhs and dher sara pyaar from her fans. While Shilpa was the star of the night, a considerable amount of limelight was also on Hina Khan, who was in the list of top two contestants. Puneesh Sharma was the first of the four finalists to be eliminated while Vikas Gupta was the second finalist to leave the house. Shilpa Shinde, Vikas Gupta, Hina Khan and Puneesh Sharma were the four finalists of the show, which was hosted by Salman Khan.

Shilpa Shinde walks away with the title of Bigg Boss season 11. #BB11Finalepic.twitter.com/FA86NCj5zM

It is not unknown that Bigg Boss always has a trick up its sleeves. And the last twist of this season was that voting lines were made live for 10 minute during the episode before the winner was announced, which gave fans of Hina and Shilpa a chance to shower more votes in favour of their favourite contestants.

The finalists get to meet all the eliminated housemates. Don't miss their reunion only on the #BB11Finale. pic.twitter.com/9hxNJh7urN

What lead to the announcement about Shilpa Shinde's bigg win is a blockbuster grand finale of Bigg Boss 11, which was made entertaining times infinity with the ex-contestants performing on stage. And, as a surprise package, Akshay Kumar joined Salman on stage and the duo had loads of fun with ex-contestant Dhinchak Pooja. On the show, Akshay Kumar also spoke about his upcoming movie PadMan.

.@BeingSalmanKhan has a fun activity planned with @akshaykumar. Keep watching the #BB11Finale to catch all the masti. pic.twitter.com/j8WaYbpaAX

Puneesh Sharma and his girlfriend - ex-contestant Bandgi Kalra - also set fire on water with their performance to Tip Rip Barsa while there was a glimpse of Shilpa Shinde and Vikas Gupta's bitter-sweet relationship. Hiten Tejwani and Aarshi Khan also delivered a hilarious performance about their onscreen flirting-shirting. And who can forget Aakash Dadlani, who had some rapping-shapping to do.

Lovebirds Puneesh Sharma and @BandgiK give a sizzling performance on 'Tip Tip Barsa Paani'. Don't miss their chemistry only on the #BB11Finale. pic.twitter.com/vgw5A9FqKs

Akash Dadlnai has provided non-stop entertainment in the #BB11 house. Now, watch his even more entertaining performance on stage only in the #BB11Finale. pic.twitter.com/lJixMQwpdp

Hina Khan performed with her two best friends on the show - Luv Tyagi and Priyank Sharma. Hina has also signed up for a solo performance to Main Heroine Hoon:

Watch #BB11 finalist, @eyehinakhan give a graceful performance in the #BB11Finale, tonight at 9 PM. pic.twitter.com/kZzd7AdcM3

.@eyehinakhan will give a scintillating performance with her two best friends, Luv Tyagi and @ipriyanksharmaa on the #BB11 stage! Don't miss this, tonight at 9 PM only on the #BB11Finale. pic.twitter.com/fcyprDl9oO

There was also a swag-filled performance by Salman Khan:

Promoted
Listen to the latest songs, only on JioSaavn.com
Ahead of the winning announcement, Salman Khan met the contestants through the live TV inside the house, when Shilpa Shinde was asked about how she managed to garner such a massive fan following. Shilpa, who turned out to be almost everyone's favourite Bigg Boss 11 contestant, said she had no strategy for the show but only to just be herself, which she thinks worked in her favour.

Many, many congratulations to Shilpa Shinde on her bigg win.