Bigg Boss 11, December 30: The contestants' relatives and friends return to the show to pose some tough questions 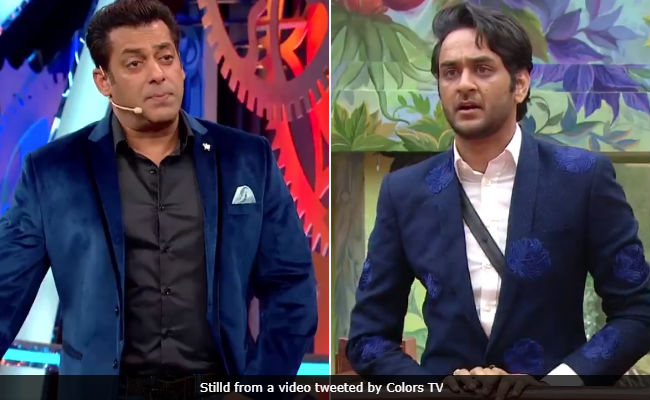 New Delhi: Bigg Boss 11's Weekend Ka Vaar episode tonight has few new surprises in store for the contestants. The contestants' relatives and friends, who lived with for a few days as padosis are returning to the show to pose some questions. Hina Khan has to face questions by Bandagi, who again accuses Hina of changing her statements. Bandagi participated in Bigg Boss 11 and returned to the platform as Puneesh's representative. Vikas Gupta, who won a New Year's party for the housemates will have to answer tough questions asked by Shilpa Shinde's brother.

Salman Khan, who hosts the weekend episodes, adds fuel to fire wherever necessary. Shilpa's brother reveals what Vikas said about 'Shilpa's game' to Hina. After that he asks Vikas if he thinks it was Shilpa's masterstroke to vote out Hiten Tejwani from the game. Vikas says, 'No. She just got an opportunity.' And Salman Khan added: "That wasn't Shilpa's masterstroke, it was yours (pointing towards Vikas)."

In another segment, Salman Khan will take the contestants' opinion that who do they think will ring in the New Year with their family outside the home. The contestants are divided between the popularity pf Luv Tyagi and Priyank Sharma:

Promoted
Listen to the latest songs, only on JioSaavn.com
As of now, Vikas Gupta, Shilpa Shinde, Puneesh Sharma, Luv Tyagi, Priyank Sharma and Akash Dadlani are competing for Bigg Boss 11 title. One of them will be ousted tonight.