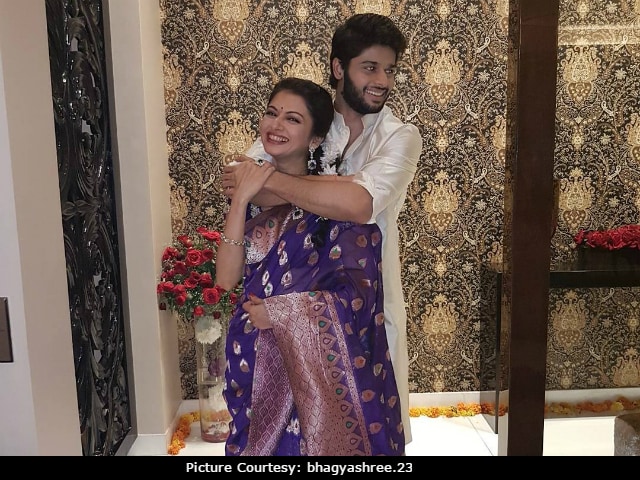 New Delhi: Actress Bhagyashree's son Abhimanyu Dassani is making his Bollywood debut in an action-comedy, Mard Ko Dard Nahi Hota, which will be produced by director Anurag Kashyap's Phantom Films, reported news agency IANS. The Raman Raghav 2.0 director was quoted by IANS as saying: "Screenwriter Vasan Bala has written a superbly funny and kickass martial arts film, the likes of which I have neither read nor seen. It's so local and so new that you can't help but marvel at it." Apart from Abhimanyu, 26, the film, which is directed by Vasan Bala, also stars TV actress Radhika Madan and Tamil star Vijay Sethupati in key roles.

Anurag Kashyap also hopes that the movie performs well at the box-office. Mr Kashyap was quoted by IANS as saying: "We at Phantom Films hope the movie becomes a never before seen franchise with these maddeningly crazy characters." Earlier, Anurag Kashyap and Vasan Bala have collaborated for Dev D, Raman Raghav 2.0 and Peddlers. Peddlers was screened at Cannes as part of the 2012 International Critics' Week.

Bhagyashree also shared the news with a picture and captioned it: "New beginnings. You all have given me so much love, please continue to shower your blessings on Abhimanyu. It's a start to win your hearts, make a little place and be there to stay forever."

Promoted
Listen to the latest songs, only on JioSaavn.com
Veteran actress Bhagyashree gained popularity just after her Bollywood debut in 1989's hit movie Maine Pyar Kiya alongside Salman Khan. Her acting in the movie was widely acclaimed as she also received the Filmfare Award for Best Female Debut for her performance in Maine Pyaar Kiya. Recently, actress Daisy Shah admitted that her dream role is Bhagyashree's role from Maine Pyar Kiya. She was quoted by PTI as saying: "I would like to play Bhagyashree's role from Maine Pyar Kiya and romance Salman."