Bhagyashree Revisits Italy Trip With Husband Himalaya Dasani: "Once Upon A Sea Swim"

Dressed in black, Bhagyashree was all smiles as she posed with Himalaya Dasani 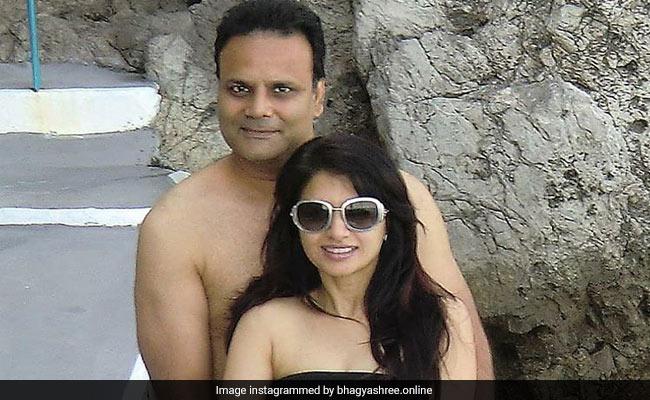 Actress Bhagyashree shared a throwback picture from her vacation to Italy, in which she can be posing with her husband Himalaya Dasani at the Amalfi Coast. Dressed in black with minimal accessories and oversized sunglasses, Bhagyashree was all smiles. She captioned the post: "Once upon a sea swim... 2012. Time flies and how." Fans of the Maine Pyar Kiya actress were smitten and wrote comments such as "You are still the same" and "gorgeous." Bhagyashree and Himalaya Dasani have two children - daughter Avantika and son Abhimanyu. Himalaya is an actor turned producer.

Once upon a sea swim.... .. 2012 Time flies and how!! #holiday #couplegoals #throwbackthursday #onceuponatime #italy #amalficoast #amalfi

Bhagyashree's son Abhimanyu is also an actor and he made his Bollywood debut in Mard Ko Dard Nahi Hota, which failed at the box office but it received critical acclaim and even won at the Toronto International Film Festival.

Bhagyashree debuted opposite then one-film-old Salman Khan in Sooraj Barjatya's Maine Pyar Kiya, which was an instant hit at the box office. She then made Qaid Main Hai Bulbul, Tyagi and Paayal with her husband Himalaya.

After that she featured in several regional movies - Kannada film Ammavra Ganda, Omkaram and Rana in Telugu and Marathi films Mumbai Aamchich and Zhak Marli Bayko Keli to name a few.

Apart from movies, Bhagyashree tried her luck on the small screen with thriller show Laut Aao Trisha, based on Chilean soap Where is Elisa?. She also participated in dance reality show Jhalak Dikhhla Jaa.

Bhagyashree will next be seen in Prabhas' Hindi-Telugu bilingual film Radhe Shyam and Kangana Ranaut's Thalaivi.