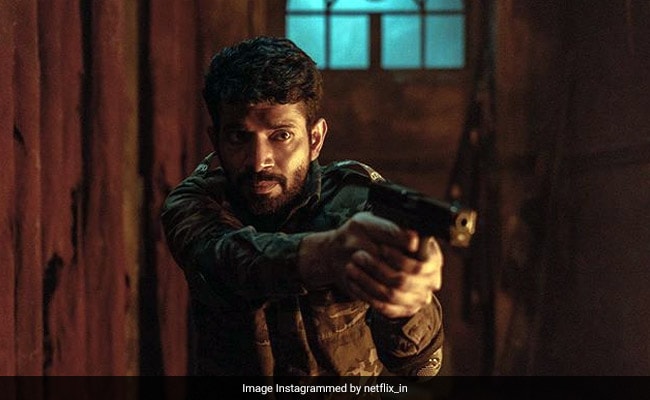 A zombie actioner too zonked-out to be able to assume the form of a full-blown, fierce political fable, Betaal, a Netflix original series, pits an elite Indian paramilitary task force against an army of undead British soldiers back from the Sepoy Mutiny era for unfinished business in a central Indian jungle. Caught between the two are forest dwellers branded as Naxals and hounded out of their homes.

The battle that ensues - it involves the runaway power of a guardian spirit that the tribals swear by, the unbridled mumbo-jumbo of black magic, and a long-dead colonel "from the darkest swamps of Britain" trapped in a deep tunnel off a village in a forest called Campa - is laughably contrived. Betaal is an ungainly mix of a zombie land fantasy, Indian folklore and horror genre tropes in which the male lead is a man called Vikram. So, can Betaal be far behind?

Logic dies several deaths as the two groups of soldiers - the living are armed with automatic weapons and state-of-the-art bodycams and communication devices; the living dead fight with obsolete muskets and an otherworldly strength - confront each other in a gory, grotesque encounter.

Doubtless, the bite of the zombies is deadly. But the Indian soldiers are all bark and bull as their leader has repeated brain fades brought on by a raw wound even as the threat of annihilation looms large over them. Once on the loose, the spectral marauders from 160 years ago - their eyes are glittering red balls and their coats are red too, they aren't called Crimson Heads for nothing - stomp their way towards an abandoned British military barracks. That is where the Indian soldiers have taken refuge. The stage is set for a fight to the finish.

Betaal, created by Patrick Graham (Ghoul), starts off on a fairly strong note, raising expectations that the series is out to delve into the repercussions of capitalistic greed and warped notions of development on the one hand and the plight of marginalized tribal communities on the other. But no such luck. What we get instead is poppycock let loose. 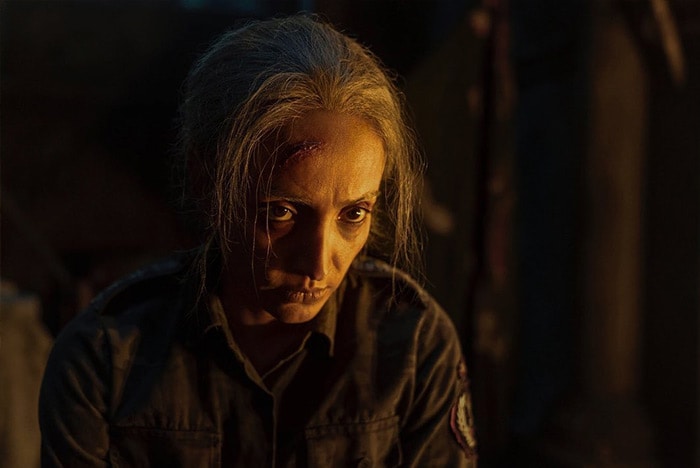 The first two episodes of Betaal - the Red Chillies Entertainment-produced series is made up of only four, each roughly 45 minutes long - deliver a few jump scares and make some pertinent points. But once the zombies are unleashed, it degenerates into a tepid thrust-and-parry show that makes a mountain out of a molehill, er... a tunnel. The principal characters in military fatigues, including the Baaz Squad commandant (Suchitra Pillai), the second-in-command Vikram Sirohi (Viineet Kumar Singh) and deputy commandant Ahluwalia (Aahana Kumra) - might have had a chance of evolving into intriguing figures fighting demons of their own minds as well as zombies on the prowl outside their hideout had the show followed through with the initial pointers to an epic conflict between forest dwellers threatened with eviction and a highway construction company backed by the might of the state and big money.

It is hard to launch into a serious plot analysis of a series of this nature but let us still give it a shot. Betaal, scripted by Graham with Suhani Kanwar, explores power dynamics on two levels. One strand pertains to formal relationships that spring from the line of command in the security force that has been enlisted to drive the tribal folk out of their homes while the specious carrot of a better life is dangled before them. Here the concept of the "good soldier" - somebody who unquestioningly follows the orders of his superiors - is evoked. The other hinges on the unequal balance between the powerful (self-serving, avaricious) and the dispossessed (suppressed, hoodwinked). A builder Ajay Mudhalvan (Jitendra Joshi) wants to clear the woods of its original inhabitants as quickly as possible because the state chief minister is days away from formally inaugurating work on the reopening of the road through the cursed mountain. 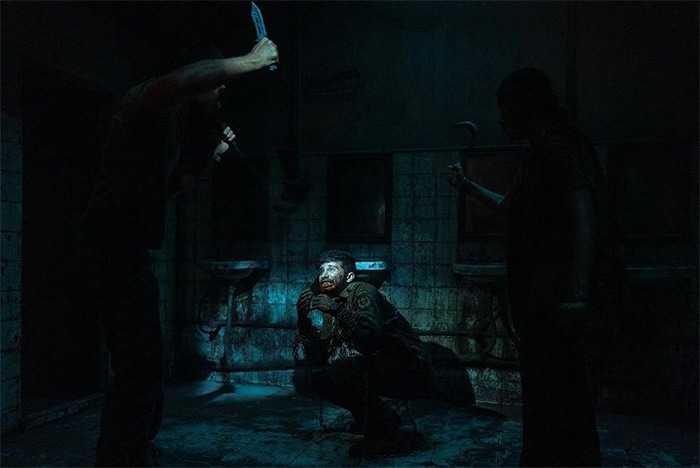 Pressure mounts on Baaz Squad to clear the terrain and pave the way for the bulldozers. A handful of armed soldiers march into the tunnel to flush out the rebels that might be hiding there. They pay a heavy price.

Betaal's nod to the civil liberties versus national interest debate is half-hearted. On a TV show early in the series, a news anchor accuses a Muslim academic of being "liberal leftwing scum". The latter's crime: he questions the model of development that gives the tribal population of the land no say at all in the planning process. A senior woman in uniform adds her two bits to the discourse by pointing to the great sacrifices that soldiers make to ensure safety for people like the outspoken human rights activist. She predictably ends by wondering why the professor does not leave for Pakistan if he is so unhappy with what is going on in India. Turns out it's only a throwaway line. That thematic strand disappears as quickly as it appears! The rest of the story is weird waffle afflicted by severe tunnel vision. While you wonder who let the zombies out, the mid-19th century British commander of the 90th Taunton Volunteers, a ferocious band of men, returns to the world of the living to resume his mission to "grind these savages into the dirt".

But Lt. Col John Lynedoch isn't the only one who thinks that the denizens of the forest are dispensable. Words like barbarians, brutes and bumpkins are bandied about by others too to reveal what the outsiders think of these peace-loving people fighting to protect their traditional way of life. 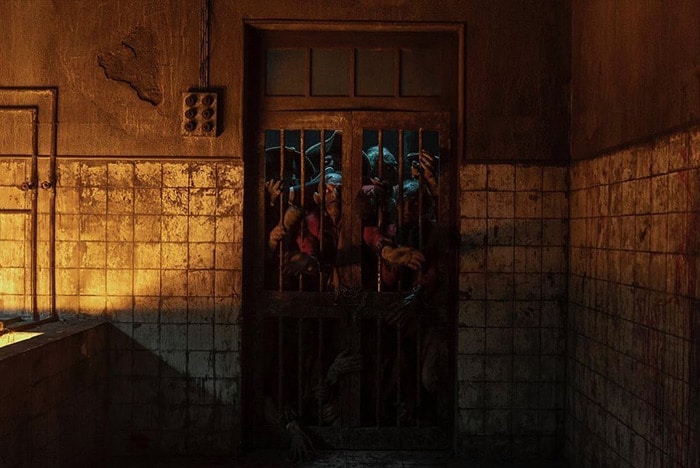 Adding to the mayhem are a new Baaz Squad recruit Nadir Haq (Siddharth Menon), who invites big trouble in his enthusiasm to prove his worth to the man he looks up to; a young girl Saanvi (Syna Anand), who is in danger of being sacrificed to appease the angry Betaal; a tribal woman Puniya (Manjiri Pupala) who, like her people, believes that all you need to ward of the zombies is a concoction of turmeric, salt and ashes; and a conflicted soldier Assad Akbar (Jatin Goswami) who is ill at ease with the whole idea of heroism on the battlefield at the cost of innocent human lives.

Viineet Kumar Singh, whose character has a few facets that seem meaningful enough, delivers a steady performance. The other roles, barring to a certain extent the one that Manjiri Pupala plays, aren't sufficiently fleshed out. It is hardly surprising, therefore, that many of the actors find themselves competing with the zombies.

Do you want to put yourself to the test and see if you have it in you to weather the blather that is Betaal? Banish the thought.