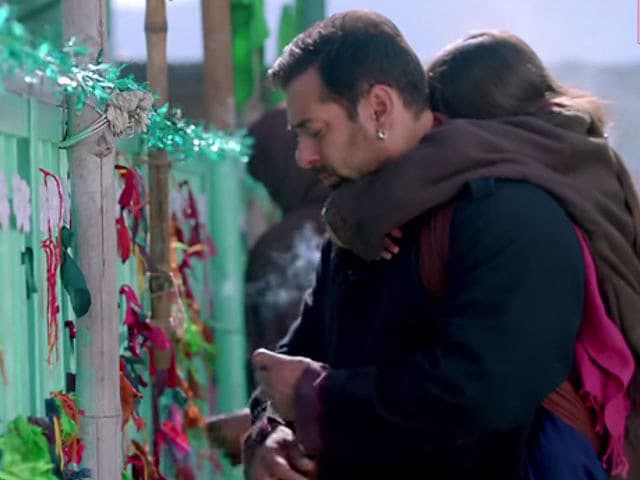 Salman Khan in a still from Bajrangi Bhaijaan

Mumbai: The controversy over the Bhar Do Jholi qawwali being used in Salman Khan-starrer Bajrangi Bhaijaan has taken a fresh, but not unexpected, turn. The makers have been slapped with a legal notice by Abdul Samee Siddiqui, who owns the rights to the dargah song after the heirs of Sabri brothers sold it to him in 2007.

The notice has been sent to Salman Khan, his production house, director Kabir Khan's banner, T-Series and music composer Pritam apart from the studio backing the film and a few others involved with the project. "I acquired the rights from the heirs of Sabri brothers eight years ago for a film that I was making on Indo-Pak relations with Rajkumar Santoshi which didn't materialise. But that doesn't mean the qawwali can be used by another person just like that."

His lawyer, Rashid Zafar, says the notice pertains to infringement of copyright. "If they don't reply to this letter, we will soon decide our future course of action," he adds.

One of the heirs to the Sabri heritage, Amjad Farid Sabri says, "My kids are Salman Khan fans. So am I. But I am upset and angry because they used the qawwali without our consent. Had they asked, I would have happily let them use it in their film."

His cousin, Shumail Maqbool Sabri, son of the original composer Maqbool Sabri, echoes Amjad. "Not only did they not ask, they didn't even give us credit. It's sad that a legal notice had to be sent to them when things could have been settled amicably," he adds.

The makers remained unavailable for comment. A copy of the notice is in mid-day's possession.