Arzoo alleged that her husband hit her under the influence of alcohol. He says she 'asked him to slap her' under the pretext of show rehearsal 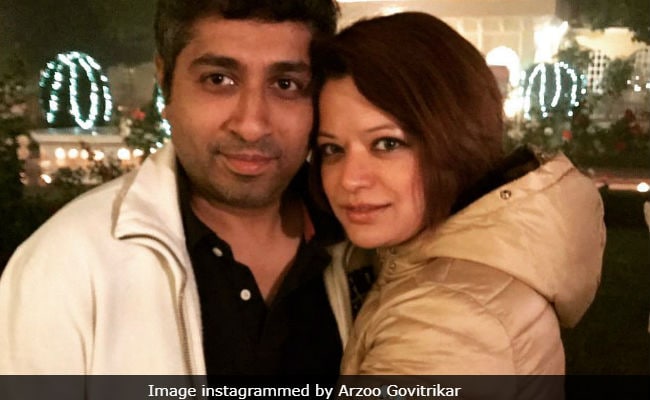 Actress Arzoo Govitrikar, who is best-known for role in Baghban, has reportedly filed a case of domestic violence against her businessman husband Siddharth Sabharwal, reports Mumbai Mirror. In her complaint, the actress alleged that Mr Sabharwal hit her under the influence of alcohol and she has reportedly also submitted CCTV footage of the said assault. However, speaking to Mumbai Mirror, Siddharth Sabharwal said that Ms Govitrikar had 'asked him to slap her' under the pretext of rehearsing for a crime show. "I will respond to the allegations at the right forum," he added. Arzoo has accused Mr Sabharwal of 'dragging her inside the bathroom around 4 am and hitting her viciously.' The alleged assault took place in February after which Ms Govitrikar moved out of the couple's Worli apartment.

Arzoo Govitrikar is the sister of actress model Aditi Govitrikar (16 December, Paheli and Bheja Fry 2). Arzoo Govitrikar married Siddharth Sabharwal in 2010 and they are parents to five-year-old son Aashman.

Mumbai Mirror also reported that on Tuesday, Arzoo filed a fresh complaint against Siddharth Sabharwal at the Worli police station for taking Aashman into his custody. She was accompanied by her sister Aditi and their actor friend Aashish Chaudhary. When Mumbai Mirror asked for her comment on the ongoing case, Aditi Govitrikar refused saying she "didn't want to discuss her personal matter."

Apart from Baghban, Arzoo Govitrikar has featured in films like Mere Baap Pehle Aap and Let's Enjoy. She was also seen on shows like Naagin and Ek Ladki Anjaani Si.