Baahubali: The Conclusion Box office: In China, SS Rajamouli film couldn't live up to the hype 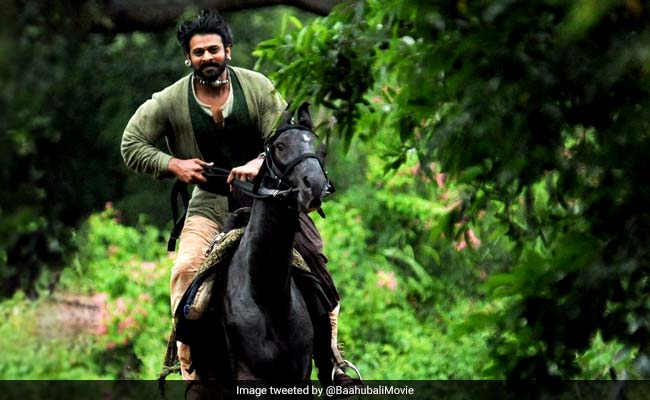 New Delhi: Baahubali: The Conclusion might have been a rage in the domestic market, but in China, the magnum opus failed to recreate its magic. SS Rajamouli directed Baahubali: The Conclusion opened to a 'very good' response in China but could not live up to the hype in the coming days. The Prabhas starrer film continues to see a gradual downfall in collection and is failing to pull the cinephils to the theatres. Bollywood trade analyst Taran Adarsh tweeted: "Baahubali 2 continues to struggle... Remains on the lower side in CHINA...Fri $ 2.43 mn, Sat $ 2.94 mn, Sun $ 2.30 mn, Mon $ 0.89 mn, Tue $ 0.82 mn, Total: $ 9.38 mn [Rs 63.19 cr]" (sic). Since the day 1, Baahubali: The Conclusion has witnessed 'minimal growth' in the China box office and this might be matter of disappointment for the makers.

Earlier the movie was released in Japan and the director of the film was overwhelmed with the response the sequel had received there. "So happy to meet all the fans and film enthusiasts who made it to the 'Baahubali 2: The Conclusion' screening in Tokyo, Japan last night. The love for movies surpasses boundaries. Happy day," Rajamouli had tweeted.

Baahubali: The Conclusion released on May 4 in China and the opening day collections were more than Salman Khan starrer Bajrangi Bhaijaan

Promoted
Listen to the latest songs, only on JioSaavn.com
In China, though Baahubali: The Conclusion failed to beat the opening day record of Hindi Medium and Secret Superstar, the lifetime business of Baahubali: The Beginning was surpassed.

Baahubali: The Conclusion stars Prabhas, Rana Daggubati, Anushka Shetty, Tamannah Bhatia and Ramya Krishna. The sequel which released in April made a historical collection of Rs. 1500 crore in the domestic box office.