Avengers Star Robert Downey Jr And Akshay Kumar In A 'Tie Face-Off.' The Internet's Take Is....

Akshay Kumar reviewed Robert Downey Jr's film and wrote: "Endgame is out of this world" 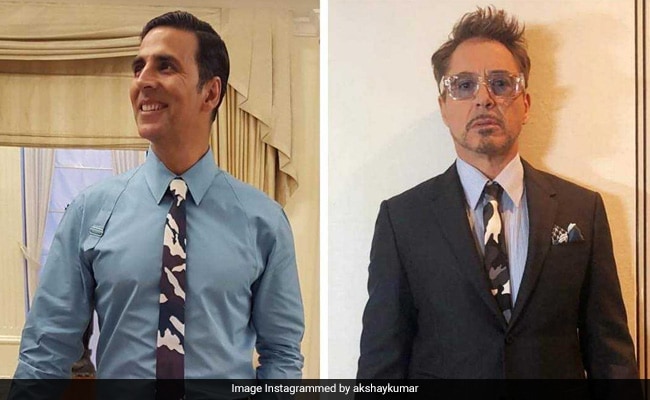 Akshay Kumar kept his Instafam engaged by asking an interesting question. The 51-year-old actor shared a picture of himself juxtaposed with Robert Downey Jr. BTW, did we tell you that both the actors could be seen wearing the same Givenchy ties in the picture. Akshay donned the printed Givenchy tie with a blue shirt, while Robert Downey Jr wore it with a crisp black suit. Now, an excited Akshay couldn't help but ask his fans "Who wore it better?" He captioned the post: "When Iron Man wears the same tie as you!" In his post, Akshay also reviewed Avengers: Endgame and wrote: Ps -"End Game is out of this world."

What followed next was a series of interesting comments. While some found Akshay's look better, others debated that Robert Downey Jr was a clear winner. "No offence but RDJ comes first," wrote a fan. An Instagram user made a reference to Akshay's 2018 film Gold and wrote: "Gold Man and Iron Man." Another fan wrote: "PadMan > IronMan". Some fans simply couldn't decide between both the actors and wrote: "Two legends in one pic."

When #IronMan Wears the same Tie as you!! #WhoWoreItBetter Ps: #EndGame is out of this World #Givenchy Tie @robertdowneyjr

Akshay Kumar is a self-confessed Avengers fan. The actor watched Avengers: Endgame along with his author-wife Twinkle Khanna and their daughter Nitara in Mumbai on Friday night. Take a look at the picture here: 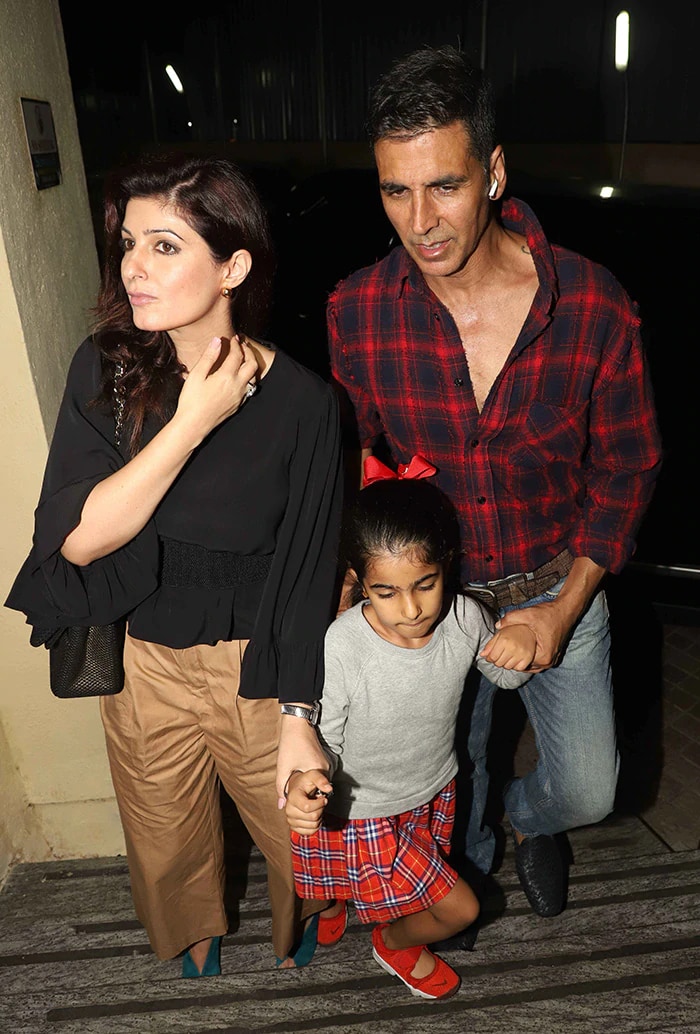 On the work front, Akshay Kumar was last seen in the period drama Kesari, co-starring Parineeti Chopra. He will next be seen in Good News, co-starring Kareena Kapoor and also in Rohit Shetty's Sooryavashi, co-starring Katrina Kaif.