At The Toronto International Film Festival, Summer Turns To Fall, And Movies Turn To The Concerns Of The Day

And by the time TIFF wraps, guests will have seen movies that are guaranteed to dominate the Oscar-oriented awards season that TIFF helps launch 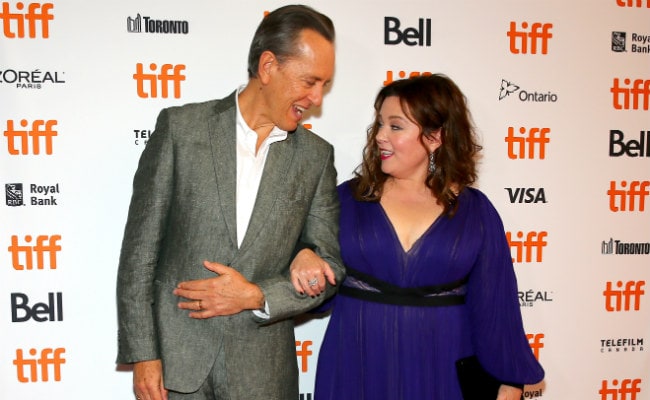 From Melissa McCarthy's Can You Ever Forgive Me premiere (courtesy AFP)

The nearly half-million people who attend the Toronto International Film Festival every year have come to rely on a few eternal verities. They will arrive in summer but depart in the fall, at least meteorologically. The escalator at the Scotiabank theater, an important hub venue, will be out of commission at least once. And by the time the 10-day festival wraps, they will have seen a handful of movies that are all but guaranteed to dominate the Oscar-oriented awards season that TIFF helps launch every September.

This year saw no exceptions to any of those rules, including and perhaps especially the latter. With the wind at their backs from glitzy premieres at festivals in Venice and Telluride, such crowd-pleasers as A Star Is Born and First Man continued their promising trajectories. The first film, yet another remake of one of Hollywood's most durable showbiz myths about fame, self-destruction sacrifice and survival, marks the debut of Lady Gaga in a role that makes the most of her vocal range, as well an assured outing from Bradley Cooper as both co-star and first-time director.

Ryan Gosling's turn in First Man, about Neil Armstrong's historic 1969 NASA mission to the moon, is both stirring and stoic, with Gosling's blue eyes doing most of the emotional work as the taciturn astronaut gazes into space and an earthbound world that often seems just as alien.

Although it doesn't feature any name-brand stars, Alfonso Cuaron's Roma, an epic-scale sense memory conveyed with intimate detail, left audiences breathless, thanks both to its magnificent black-and-white visuals and alternately shattering and moving story told from the point of view of a nanny for a middle-class Mexico City family.

As a work of art, Roma, which won Venice's Golden Lion award just before making its Toronto debut, was indisputably the finest movie here this year, a humanist masterpiece combining the best impulses of Tolstoy, Fellini and Cuaron himself (the film includes one or two playfully self-referential winks). But at least one or two TIFF premieres are now considered awards favorites, including the rapturously received "Green Book," a period drama set in the segregated South during the 1960s starring Viggo Mortensen and Mahershala Ali; Barry Jenkins' delicate, achingly beautiful adaptation of James Baldwin's novel "If Beale Street Could Talk"; and "Widows," a modern-day crime drama starring Viola Davis as a reluctant gang boss in a role that many observers agree will land her a best-actress nomination.

Directed with characteristic rigor and stylistic panache by Steve McQueen, Widows might be film history's most intersectional action thriller, its explosive set pieces and formulaic heist flick tropes leveraged to comment on sexism, racism, wealth inequality and cynical machine politics as they play out in contemporary Chicago. As an otherwise stock genre exercise highly attuned to the concerns of the outside world, "Widows" joined a plethora of movies whose perspectives were clearly turned outward, whatever their tone or type.

The Hate U Give, George Tillman Jr.'s adaptation of the wildly popular young-adult novel, boldly took on police violence in black communities by way of a superbly confident performance from its star, Amandla Stenberg. Emilio Estevez's The Public looked at issues of homelessness, mental illness and a frayed social fabric through the lens of a public library in Cincinnati. Paul Greengrass, well known for such queasily realistic fact-based political movies as Bloody Sunday and United 93, has made a third in 22 July, about a right-wing terrorist attack at a Norway summer camp in 2011. Even a relatively toothless French comedy of manners, Olivier Assayas's Non-Fiction, turned out to be both a sex farce and an anxious meditation on technology, literary ethics and endangered intellectual culture.

The addiction crisis in the United States also formed a narrative through line in films that depicted families torn apart by opioids and other drugs: Julia Roberts, in a turn that also earned awards chatter, plays a mother fiercely trying to save her heroin-addicted son from relapsing in Ben Is Back, while Steve Carell played a similarly desperate dad in Beautiful Boy.

Addiction is a sub-theme as well in The Land Of Steady Habits, director Nicole Holofcener's funny-sad portrait of an unmoored divorced dad (Ben Mendelsohn). Although Holofcener was in town for the premiere of the film she directed, it turned out that a movie she wrote, Can You Ever Forgive Me, was earning its share of buzz for Melissa McCarthy's lead performance as the unrepentantly misanthropic writer Lee Israel, who developed a criminal sideline forging the letters of famous authors.

When McCarthy appeared on stage after the international premiere of the film on Saturday, the crowd erupted in approving cheers when a possible Oscar was mentioned. Summer might turn to fall during TIFF, but it's also where an actor can arrive as a star and leave as a bona fide contender.