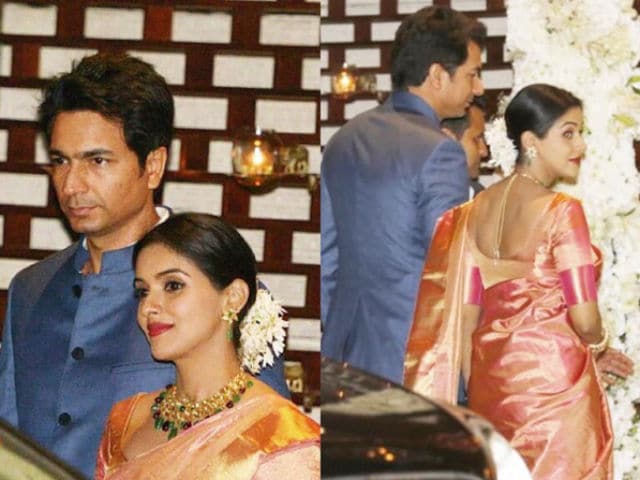 New Delhi: Asin and Micromax co-founder Rahul Sharma are having two wedding ceremonies in New Delhi on Tuesday, January 19. Hindustan Times reports that the couple got married in church in the morning and will have a Hindu ceremony at the Dusit Devrana hotel in the evening. A grand celebration will be held in Mumbai for the couple's friends and colleagues on January 23. Asin's wedding wardrobe is designed by Sabyasachi Mukherjee.

The actress also shared images of her wedding card on Instagram:

A fan club also shared images of the venue:

This is the hotel (@DusitDevarana ) where #Asin will be getting married to @rahulsharma on 19th January pic.twitter.com/YflpXwIKR3

A source told Hindustan Times that a private party might be held at Rahul's farmhouse on January 20.

"Both the ceremonies will be private. While around 50 guests are invited for the Christian wedding, the Hindu ceremony will be attended by 200 guests. In all likelihood, there will also be a private house party next day at Rahul's farmhouse at Sonali Farms, West End Greens," the source told Hindustan Times.

Asin, who made her debut in Bollywood with 2008's Ghajini, has featured in films like London Dreams, Ready and Bol Bachchan. The actress was recently seen in All Is Well, co-starring Abhishek Bachchan, Rishi Kapoor and Supriya Pathak. (Also Read: Akshay Kumar Shares Picture of Asin's Wedding Card)