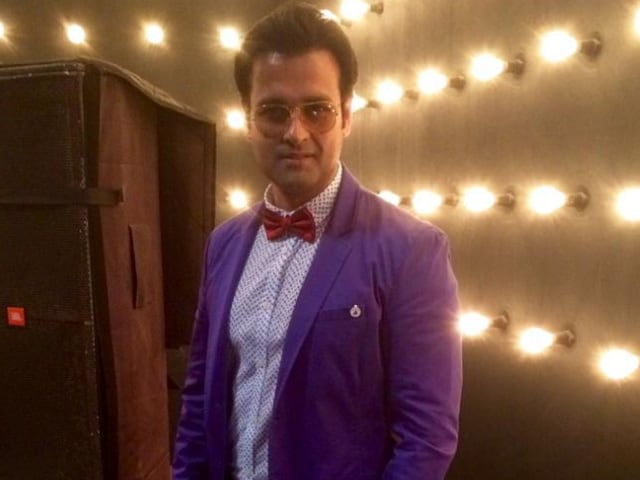 This image was posted on Twitter by Rohit Roy

Mumbai: Which is the funniest prank that you have ever played on April Fools' Day, which falls on April 1? TV celebrities reveal the best memories of their April fool's day from their childhood and their plans for this year.

Here is what TV stars have to say about their memorable April Fool's Day and who they are planning to fool this year:

Siddharth Arora: April is a very special month for me as it is my birthday month. As a child I have had the most amazing time celebrating the day because we used to just trouble and annoy all the classmates and scare the teacher saying that there is a lizard on the wall and all. This time I'm planning to do a prank on my co-star from my show Betaal Aur Sinhasan Battisi.

Mansi Srivastava: I remember I used to play a lot of pranks back in my school days on April 1. Like once we all friends kept a lizard in our class teacher's book which she was supposed to read and she got the fright of her life and yelled at us in the beginning but then later she also had a laugh with us.

Rohit Roy: As a child when I was just 6 or 7, I played a prank on my mother. I wrote a note that I have been kidnapped. There was pandemonium not only in my house but the entire society with everyone running around trying to search for me while I was hiding in the loft and watching all of it. When my dad came, I got scared and he beat me up. Since then, I have never played April Fool jokes on anybody.

Raman Handa: This year, I would like to fool one of my closest friends, Shubhu. She is single and there is this guy in our group whom she hates. I will make him propose to her in front of all of us. We are all dying to see her reaction, as she is totally against the idea of dating and falling in love.

Ajay Chaudhary: I would like to play a prank on Madhuri Dixit, because I want to see her smile change.

Vivian Dsena: I intend to fool one of my best friends this time. The plan is a secret.

Shweta Munshi: I would like to fool Kapil Sharma as he keeps taking everyone's case. It will be fun to see him fooled. And he will surely take it in good spirits.

Promoted
Listen to the latest songs, only on JioSaavn.com
Jay Soni: I would like to play a prank on my wife Pooja, as this is the first fool's day after our wedding.

Gaurav S Bajaj: I would like to fool comedian Bharti. It would be fun to see her expressions once she is fooled.