Anushka Sharma's Getting Handy With A Needle For Sui Dhaaga. See Pic

Anushka Sharma has started prepping for Sui Dhaaga, her next film with Varun Dhawan 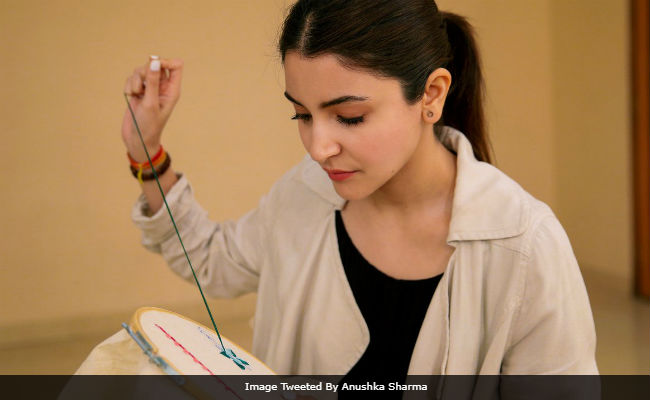 Varun Dhawan started prepping for Sui Dhaaga last December and shared a picture of himself working on the sewing machine.

Sui Dhaaga is based on the ideology of Make In India. On Gandhi Jayanti, Anushka and Varun paid tribute to Mahatma Gandhi and revealed details about their film. "A dream, #MadeInIndia. He made it happen for us. Team Sui Dhaaga bows down to Mahatma Gandhi," Varun tweeted along with a video.

Promoted
Listen to the latest songs, only on JioSaavn.com
Of the film, Varun earlier told news agency PTI, "From Gandhiji to Modiji (Narendra Modi), our country's leaders have always endorsed the mantra of Made in India. With Sui Dhaaga I am proud to take their message to millions of movie lovers in a manner that is entertaining and relevant. I really liked the script Sharat had written and I am happy that I am teaming up with YRF on this movie. Anushka and I are teaming up for the first time so I am sure there will be fireworks."

Anushka Sharma married cricketer Virat Kohli in December in Italy. Her film Zero releases later this year and Pari is scheduled for a March release.