Anushka Sharma And Virat Kohli May Sip Koffee With Karan. But There's A Catch 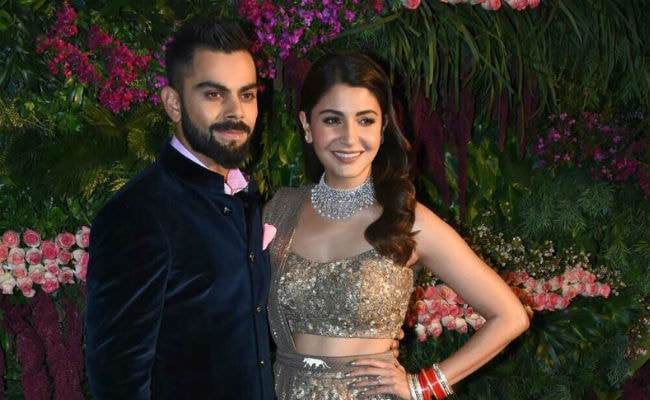 Anushka Sharma and Virat Kohli during their Mumbai reception.

New Delhi: Yes, Anushka Sharma and Virat Kohli may appear on Karan Johar's talk show together, reports Bollywood Hungama. Though there's a twist. A source close to the development told Bollywood Hungama that Anushka will appear on the show to promote her film Pari with co-producer Prernaa Arora while Virat Kohli will join them for a segment. "Virat Kohli and Anushka Sharma are not keen on doing any talk show together. But Karan may tempt them if he mixes business with pleasure. So Anushka would come on Karan's show to talk about her film Pari which she stars in and produces. She will be accompanied by the film's co-producer Prernaa Arora .Virat may just join the two ladies for one or two segments," the source said. Pari will release in March.

If this materialises, then it will be Anushka and Virat's first appearance together after their December wedding.

The source also told Bollywood Hungama that Karan Johar is not keen to return with the sixth season soon because he wants to spend more time with his twins, Yash and Roohi, who turned one earlier this week. "But the pressure to return to the chat show is immense. So he may return with a full season or just a few hand-picked episodes, the first of which will feature Virat and Anushka," the source said.

Promoted
Listen to the latest songs, only on JioSaavn.com
Koffee With Karan 5 featured in headlines for some controversial statements made by celebrities but mostly because it was the place with the debate on nepotism started.

Are you ready to sip Koffee With Karan, Anushka and Virat?