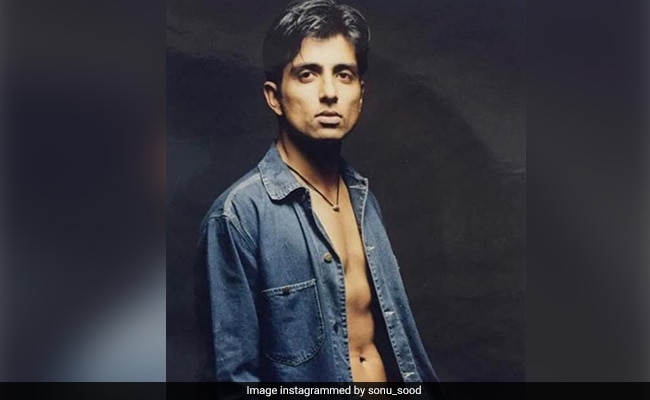 Actor Sonu Sood, who celebrated his 47th birthday on Thursday, occupied a spot on the list of trends on Friday after he shared a major blast from the past. The actor shared a photo of himself from 1997 - he came to Mumbai to become an actor around the same time but more on that later. The photograph features Sonu Sood, who is now one of the fittest actors of Bollywood, sporting a lean look. He can be seen wearing a denim shirt and jeans. Going by the throwback and Sonu Sood's recent photos, it can be said that the actor has undergone major physical transformation since the time he started his journey in the entertainment industry.

Sharing the throwback photo, Sonu Sood wrote: "And I dared to become an actor." Reacting to his post, filmmaker Farah Khan, who directed Sonu in the 2014 film Happy New Year, dropped an ROFL comment. "Lean and hungry look," she wrote.

And here's what Farah Khan commented:

Sonu Sood, recently in an interview with Times Of India, revealed that he spent his birthday sitting alone at a bridge in Lokhandwala when he first came to Mumbai. "I remember when I just came to Mumbai for the first time (and I came on the 25th or 26th of July 1st time in 1997/98). On the 30th of July, I did not know a single soul in the city and there was no one to wish me. I was sitting at a bridge in Lokhandwala alone in the middle of the night," he told the publication.