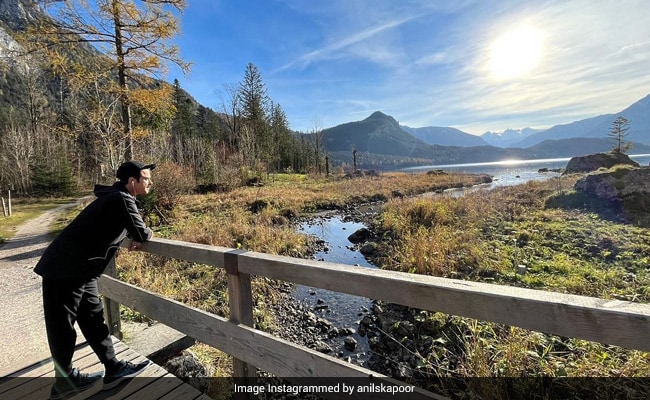 Anil Kapoor and Anand Ahuja are setting massive father-in-law and son-in-law goals in Anil Kapoor's latest Instagram pictures. The duo recently went on a walk in an undisclosed location, where Anand turned "artist" for his father-in-law Anil Kapoor. On Thursday, Anil Kapoor shared a few pictures from his outing with his son-in-law and his caption was the cutest of all. Sharing the pictures, the actor wrote, "The art (pointing towards the post) and the artist (pointing towards Anand's user handle in the caption)." In the first two pictures, Anil Kapoor can be seen looking at the nature in a picturesque location and as you slide right, you can also see a picture of Anand Ahuja smiling at the camera and in another one, facing the opposite side. It seems like the duo turned photographers for each other on their outing.

Anand Ahuja was quick to respond to his father-in-law's post and commented, "Epic walks. Energised and inspired."

Anand Ahuja is the husband of Anil Kapoor's elder daughter and actor Sonam Kapoor. The couple married in 2018 and welcomed their son Vayu in 2022.