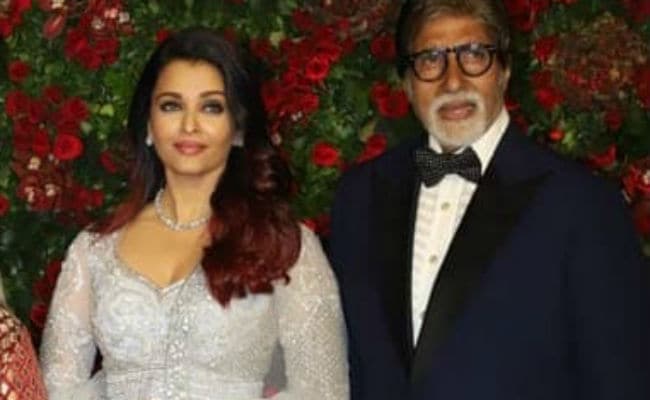 Amitabh Bachchan and Aishwarya Rai Bachchan might share screen space after eleven long years, reports DNA. The film will reportedly be directed by Mani Ratnam and it will be a "big-budget film." "It's a big-budget historical drama, which is being planned on the lines of the Baahubali franchise. It's likely to be a bilingual project and star several other big names from the South Indian film industry. Mani approached his muse Aishwarya for the female lead and she signed on the dotted line," a source told DNA. Mr Bachchan and Aishwarya were last seen together in Ram Gopal Varma's 2008 film Sarkar Raj.

Speaking of the untitled project, the source revealed that the film will reportedly be based on Kalki Krishnamurthy's popular historical novel Ponniyin Selvan (The Son of Ponni). The source told DNA: "There will be an ensemble cast. The actors have already been asked to give bulk dates and commit a few years to this film, as it will be made in several parts. The book has five volumes, but the makers are planning to conceptualise it as three installments on screen." The source added, "Mani Ratnam has narrated the script to Amit ji. He is taking his time to decide whether he would like to do it. A confirmation from his end is yet to come but he has liked the idea."

Aishwarya Rai Bachchan and her father-in-law Amitabh Bachchan have co-starred in several films including Sarkar Raj, Khakee, Mohabbatein and Kyun! Ho Gaya Na... among others. They even co-starred in the song Kajra Re, from the 2005 film Bunty Aur Babli, which also featured Abhishek Bachchan.

Aishwarya will next be seen in Good News co-starring Abhishek Bachchan. Amitabh Bachchan's line-up of films includes Badla and Brahmastra.