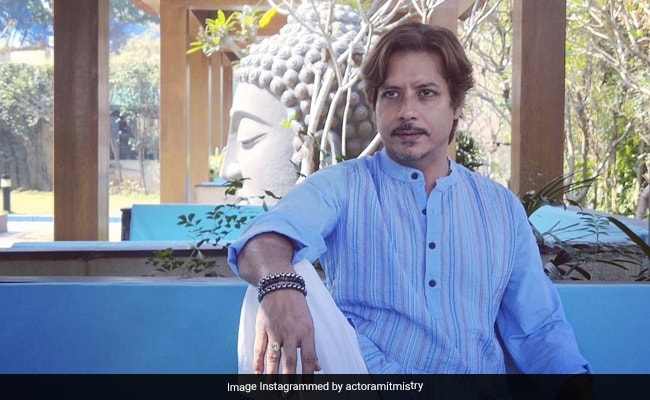 Actor Amit Mistry died after suffering a cardiac arrest in Mumbai on Friday morning. The 47-year-old actor was known for his performances in films like Kya Kehna, Ek Chalis Ki Last Local, 99, Shor In The City and A Gentleman. After the news of his death, celebrities from film and television industry such as Jacqueline Fernandez, Genelia D'Souza, Kunal Kemmu, Abhishek Banerjee, and Vir Das expressed their grief and paid tribute to the actor on social media. Jacqueline Fernandez, who co-starred with Amit Mistry in A Gentleman, shared a picture of herself and the actor on her Instagram story and wrote: "Rest in peace." Kunal Kemmu, in his eulogy, wrote that he was collaborating with Amit Mistry, with whom he co-starred in the 2009 film 99, for a new project and was excited to work with him again. According to reports, the project is a web-series by filmmaker duo Raj-DK.

"Gone too soon my friend. We were collaborating on something exciting and you were shining in it. We will miss you tremendously." 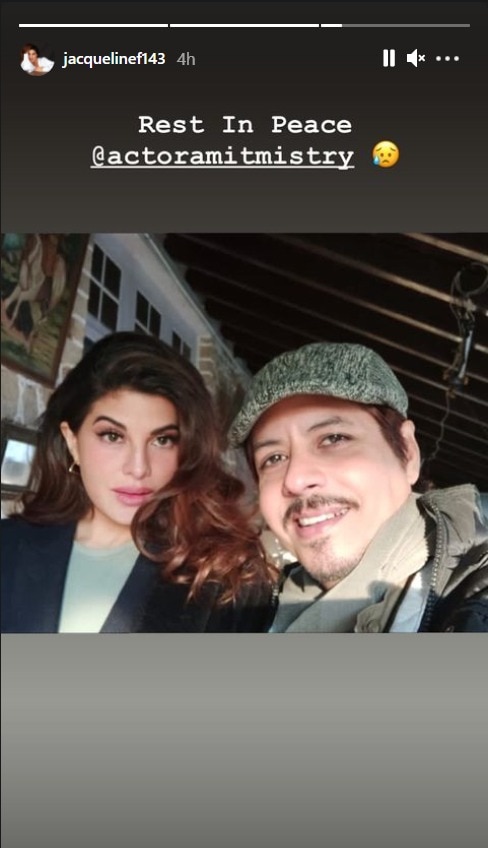 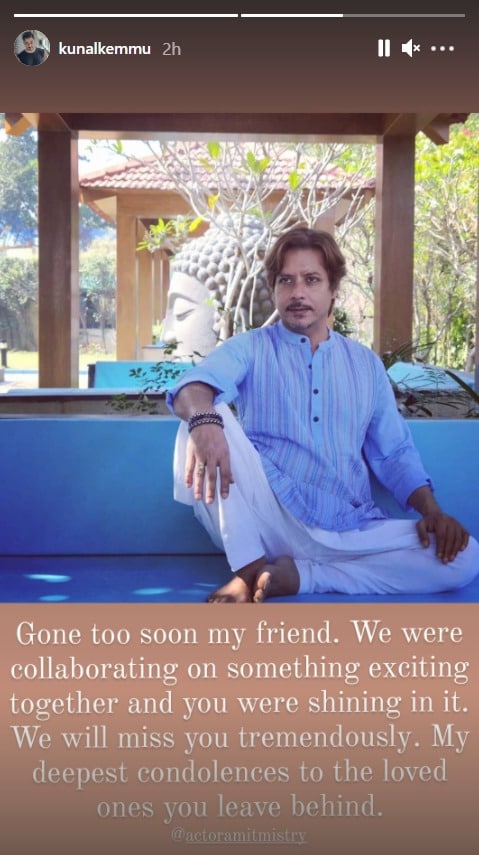 Genelia D'Souza, who also worked with Amit Mistry in the past, wrote: "Shocked to hear about #AmitMistry...Remember shooting together and you were absolutely lovely to interact with...Rest in peace dear Amit."

Shocked to hear about #AmitMistry ..
Remember shooting together and you were absolutely lovely to interact with..
Rest in peace dear Amit

"I was ready to start shooting a show that Amit Mistry is an integral part of. His talent, his insight were a thing to behold. We've lost a truly wonderful artist today. Rest in Peace," wrote Vir Das.

I was ready to start shooting a show that Amit Mistry is an integral part of. His talent, his insight were a thing to behold. We've lost a truly wonderful artist today. Rest in Peace.

Actor and casting director Abhishek Banerjee, who had cast Amit Mistry in Prime Videos' web-series Bandish Bandits, mourned the actor with these words: "Had known him since my early years of casting and recently was fortunate to have cast him in Bandish Bandits.. Incredible actor and a pure soul. RIP Amit bhai."

Actress Patralekhaa wrote: "As I write this note in utter shock and sadness... My heart is not ready to accept that you are gone our PP. You were such a brilliant and brave actor, always wanting more, always giving your best, always calm, always polite. Now I would never know what my gift was that you got for me. What makes it worse is the world was about to take notice of your brilliance #AmitMistry.. I will miss you."

Prayers and heart felt condolences for the family and loved ones. Really so tragic...what an untimely loss. https://t.co/WtJv2NhAvv

You'll be missed on earth @Actoramitmistry
Condolences to the family.
pic.twitter.com/lDX0iLDxrT

This is devastating..
So young.. so spirited.. so loving.. so chilled out.. can't forget his fabulous performance in Makarand Deshpande's Ek Kadam Aagey and recent Bandish Bandits..what an actor..too soon Amit too soon! #RIP#AmitMistrypic.twitter.com/w1e7O61tkn

Heard about #ShravanRathore sir and #amitmistry I'm in shock... every day a tragic news in the news... God bless their souls #OmNamahShivaya
And keep everyone safe

Amit Mistry worked in Hindi and Gujarati film industry. The actor died at around 9:30 AM in his Andheri house on Friday. He is survived by his mother. "He woke up, had his breakfast and even exercised before he suffered a cardiac arrest. He was absolutely fit and fine. Amit had no underlying medical condition. It's an absolutely shocking news," the actor's manager Maharshi Desai told news agency PTI.