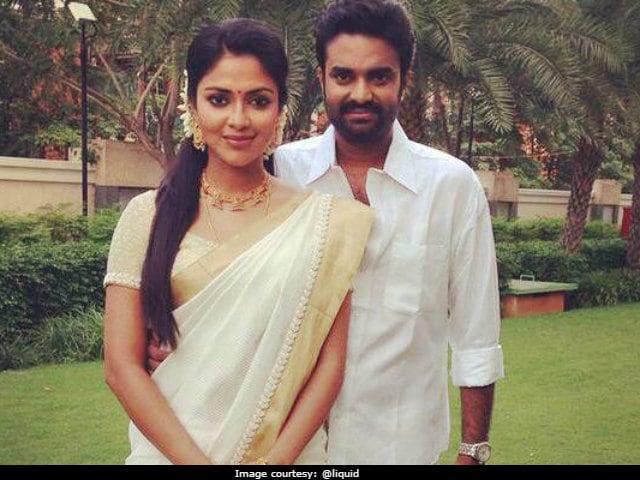 Amala Paul and Vijay had a lavish wedding ceremony in 2014 (courtesy: Liquid)

New Delhi: South actress Amala Paul and director Vijay are divorced now, according to a report in Pinkvilla. Amala and Vijay were reportedly granted a divorce by a family court in Chennai on February 21. The Pinkvilla report, which confirms the divorce, names family court judge Irusan Poonguzhali as the one to grant the divorce as the former couple completed their period of separation. "They were officially granted divorce by the Chennai district family court, as of today," Pinkvilla reported on Tuesday. Amala Paul and Vijay married in a lavish ceremony in 2014. Reports of Amala Paul and Vijay divorcing started doing the rounds on the Internet in July last year and were confirmed a month later.

The 25-year-old actress is currently filming Malyalam movie Achayans and Tamil films like Cinderella, Vada Chennai, Thiruttu Payale 2 and Velaiilla Pattadhari 2. Last year, she made three films 2 Penkuttikal, Amma Kanakku and Shajahanum Pareekuttiyum. According to Vijay's father, the marriage failed because of Amala was on a "signing spree," which was later denied by Vijay. The director's statement, reported by news agency IANS, appeared to distance himself from his father's claims. "I have been reading plenty of news on the separation of me and Amala based on random assumptions and false information. I would like to make it clear that the only truth in that is the separation and rest all is untrue. The reason behind the separation is unknown to anyone but me. I'm conscious about my social responsibility; I have so far directed 9 films. I have always portrayed women in my films with dignity and self-respect, and it reflects the amount of respect I have towards them. I strongly advocate women and their freedom of choice," Vijay said in his statement.

Promoted
Listen to the latest songs, only on JioSaavn.com
This disclaimer contradicted what Vijay's father told Tamil channel Sathiyam TV in an earlier interview: "Amala has been committing many movies after their marriage that had led to issues between them as Vijay didn't like it. She had then decided not to commit any more films. However, she is now on a signing spree and acted in Suriya's Pasanga 2, Dhanush's Amma Kanakku and his upcoming film Vada Chennai. We can't take it anymore and even talked to her parents, but she was not even listening to us. I am not sure what Vijay has told her regarding this, but our son is important for us. The news you heard about them getting divorced is 100% true and will be done legally." His quote was translated from Tamil by International Business Times.

Amala Paul stars in Tamil, Telugu and Malayalam movies and is best-known for her work in films like Naayak, Mynaa and Run Baby Run.