Allu Arjun's 'One India' Dialogue From Film Backfires. Here's Why Twitter Is Trolling Him 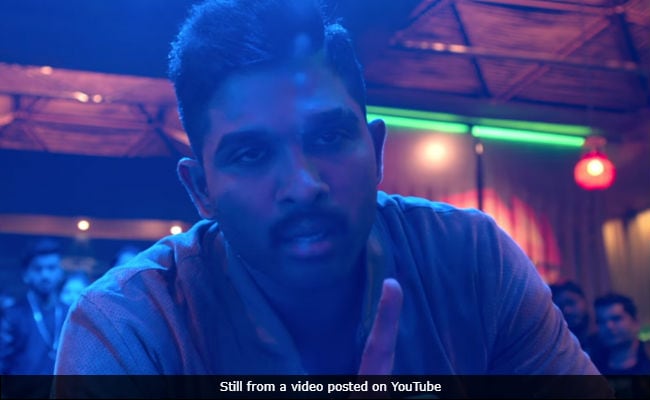 New Delhi: Allu Arjun's dialogue promo from upcoming film Naa Peru, Surya Naa Illu India failed to fetch the 'impact,' he had hoped for because his "Twitter bio" contradicts the sentiment he backs in the promo. In the scene, Allu Arjun's character beat up goons who called him "south Indian bugger" and said, "North India... South India... East or west... We don't have so many Indias dude... Only one India." Of course, Twitter enjoyed the patriotic fervor but a (rather astute) section of the social media noticed that Allu Arjun's Twitter bio read - "South Indian Actor." Between many congratulatory messages, a comment read: "Thanks, can you change your bio hypocrite!" Naa Peru Surya, Naa Illu India, which translates to My Name Is Surya, My Home Is India, is directed by Vakkantham Vamsi.

And this is the 'impact' it had on Twitter:

What about this AA? pic.twitter.com/15rxB407tk

It would be nice if you change your bio to Indian actor instead of South Indian Actor.

Thanks, can you change your bio hypocrite!

The first teaser of Naa Peru Surya, Naa Illu India released on January 1 and it was an instant hit with the Internet. The teaser now has over 16 million views:


Promoted
Listen to the latest songs, only on JioSaavn.com
Vakkantham Vamsi wrote the scripts of Allu Arjun's films such as Race Gurram and Yevadu but Naa Peru Surya, Naa Illu India is his first film as director. Other top films' listed in Vamsi's resume are Ravi Teja's Kick series and NT Rama Rao's Temper and Oosaravelli.