"This is the best I can do to survive. There are certain things that you do, not out of choice but out of compulsion," said Mukesh Bhatt 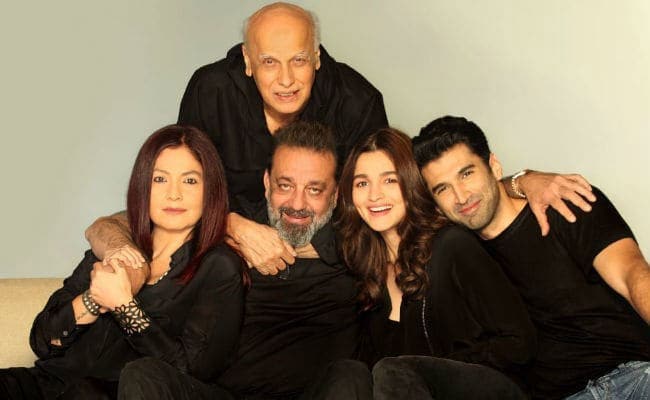 Mahesh Bhatt with the cast of Sadak 2.

Alia Bhatt's upcoming film Sadak 2 is the latest in an expanding list of Bollywood projects to release on a streaming platform rather than in theatres. Sadak 2, a sequel to Mahesh Bhatt's 1991 hit Sadak, was meant to release in theatres on July 10. The coronavirus pandemic has forced several films either into hiatus or releasing online; Sadak 2 will do the same, producer Mukesh Bhatt has confirmed – a Disney+Hotstar announcement has revealed that Sadak 2 is one of seven films it has acquired. Mukesh Bhatt, brother of director Mahesh Bhatt and uncle of actresses Alia and Pooja (both of whom star in the film), told news agency PTI that streaming Sadak 2 is their best option to "survive" and that the decision was a "no-brainer."

"I am compelled to come (on the digital platform) because I don't see any light in the near future. This is the best I can do to survive. There are certain things that you do, not out of choice but out of compulsion. This is the only option left. It is a no-brainer," Mukesh Bhatt said.

Other films to have announced a digital release include Janhvi Kapoor's Gunjan Saxena: The Kargil Girl, Vidya Balan's Shakuntala Devi biopic and actor Sushant Singh Rajput's last film Dil Bechara. Cinema owners have declared themselves unhappy with the decision to stream and warned of retributive measures, prompting sharp responses from film producers. Mukesh Bhatt was pragmatic, telling PTI, "It (number of COVID-19 cases) is increasing day-by-day instead of subsiding. In this situation do you think the theatres will open? And even if they do and Sadak 2 is released, will people go to watch it? People have to protect their families. Today, life is more important."

Releasing films online versus in cinemas is just for now, Mukesh Bhatt said. "Now that films are releasing on OTT, it doesn't mean theatres will shut down. People need outing, big screen entertainment is fun. It is a temporary phase. We need to understand it rationally and not blast or put each other down. We should lift each other up," he told PTI, adding that Sadak 2 had not been made to put under "lock and key."

Two days of shoot are left on the film and will be completed next month, Mr Bhatt said - the film and TV industry has been allowed to resume work by the Maharashtra government, albeit while adhering to several stringent rules.

Sadak 2's impending release online prompted a Twitter trend - but not in a good way. Social media anger at Bollywood's alleged power play boiled over after Sushant Singh Rajput was found dead in his home some weeks ago; it focused itself on certain members of the film fraternity one of whom was Alia Bhatt - Alia wrote a tribute post to the late actor which incensed social media. She was reminded repeatedly by Twitter that some years ago she had spoken dismissively about Sushant Singh Rajput on Karan Johar's show Koffee With Karan. There has also been associated discontent about the nepotism and favouritism rampant in Bollywood. Twitter has seen the Sadak 2 announcement as an opportunity to declare their intent to boycott an Alia Bhatt film.