The Academy has now surpassed its membership goals, with 45 percent of this year's intake women, and 36 percent minorities 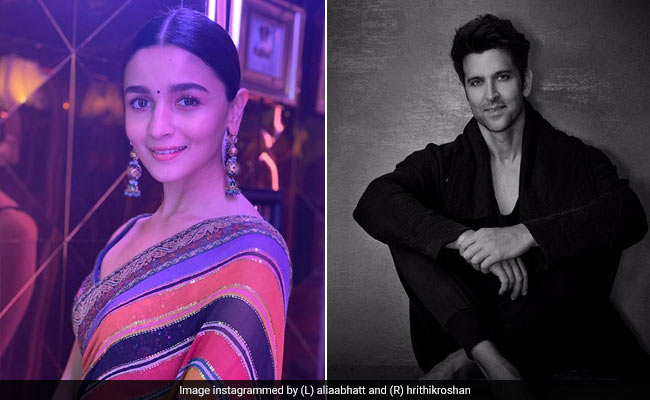 Bollywood actors Alia Bhatt and Hrithik Roshan are among the new list of invitees to the Academy of Motion Picture Arts and Sciences, which is 36% people of color and 45% women. On Wednesday, the official Twitter handle of the Academy shared the list of the invitees along with a caption that read, "Say hello to our brand new class of Academy members." Besides Alia and Hrithik, documentary filmmakers Nishtha Jain and Amit Madheshiya, designer Neeta Lulla, casting director Nandini Shrikent, visual effects supervisors Vishal Anand and Sandeep Kamal have received invitations from the Academy.

The list acknowledged Alia Bhatt for her performances in the films Gully Boy ( which was India's official entry for the 2020 Oscars) and Raazi, while Super 30 and Jodhaa Akbar were listed as Hrithik Roshan's prominent works. Neeta Lulla's work in Jodhaa Akbar and Devdas also fetched her an invite.

The new membership goals aim to boost diversity among Oscars nominees. The Academy has now surpassed its membership goals, with 45 percent of this year's intake women, and 36 percent will be represented by minorities. "We have always embraced extraordinary talent that reflects the rich variety of our global film community, and never more so than now," said Academy President David Rubin.

"The Academy of Motion Picture Arts and Sciences is extending invitations to join the organization to 819 artists and executives who have distinguished themselves by their contributions to theatrical motion pictures. The 2020 class is 45% women, 36% underrepresented ethnic/racial communities, and 49% international from 68 countries," read an excerpt from the statement.