Alaya Furniturewalla Is "Really Happy" To Be In The Maldives. Her Smile Says It All

"Finally made it to the Maldives," wrote the actress 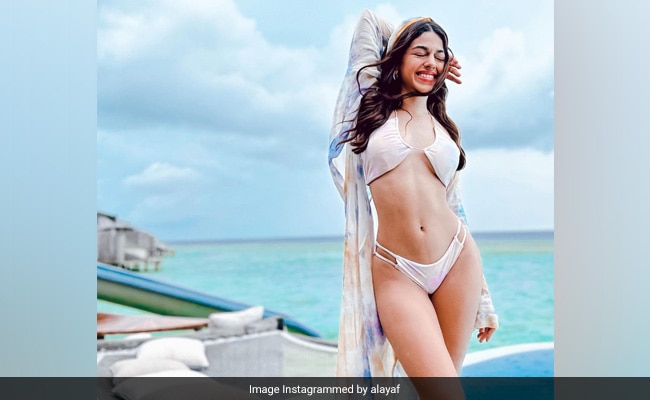 Alaya Furniturewalla, after wrapping her forthcoming film Freddy, flew to the Maldives to have some fun. The actress, on Friday, shared a set of stunning pictures of herself from the beach destination and made us green with envy. Oh, and BTW, Alaya is "really happy" to be in the Maldives and her pictures prove it. Wearing a white bikini and a printed shrug, Alaya Furniturewalla can be seen happily posing for the camera at a mesmerising location. Her caption read: "In case you can't tell from the photo, I'm really happy to be here." That's not it, the actress even shared a stunning video of herself from her vacation on her Instagram story.

Another video on the actress' Instagram story shows her recoding the scenic beauty of the island from a plane. "Finally made it to the Maldives," she captioned it. 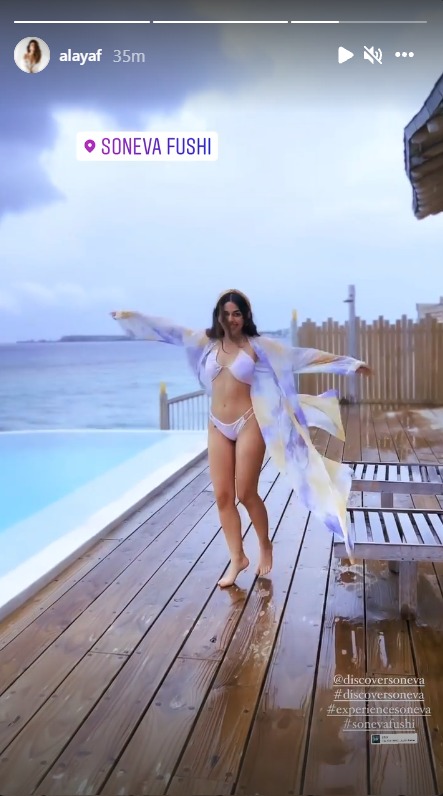 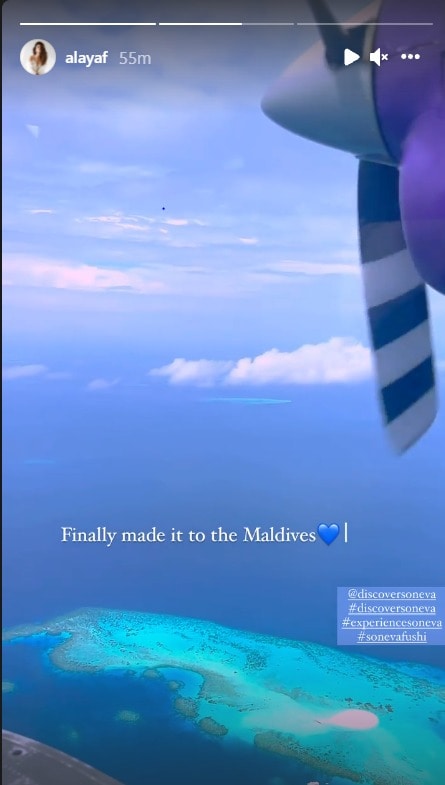 On Thursday, Alaya Furniturewalla wrote a heartwarming note for her co-star Kartik Aaryan and team Freddy after finishing the shooting schedule of the film. "Ready, steady, Freddy! IT'S A WRAP!! the most wonderful set with the most wonderful people! Feeling super blessed and super grateful to be a part of this incredibly special film," read her post.

Alaya Furniturewalla made her debut in Bollywood with the 2020 film Jawaani Jaaneman, in which she co-starred with Saif Ali Khan and Tabu. Alaya has a three-film deal with the producers of JawaaniJaaneman, details of which have not been disclosed yet.