"My tiny nephew is a big fan of Akshay sir," wrote Ravi Dubey while sharing the video of his nephew 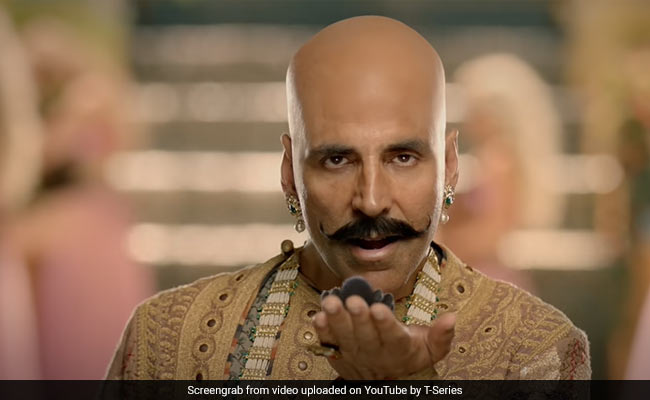 Akshay Kumar in a still from Bala. (Image courtesy: YouTube)

The groovy track from Housefull 4 - Bala - featuring Akshay Kumar is quite popular among the adults, as well as kids. The reason we are saying this is because, on Tuesday, Akshay Kumar shared a tweet, which proved that the song Bala can keep anyone hooked to the screen with its signature step and catchy lyrics. Akshay's tweet was actually a response to television actor Ravi Dubey's post, in which he shared a video of his nephew singing the track Bala while watching it on what appears to be YouTube. Tweeting the video, Ravi revealed that his nephew is a "big fan" of the actor and wrote: "My tiny nephew is a big fan of Akshay sir... Bala." Impressed with the little kid's grasping skills, the Rustom actor reacted to the video and tweeted: "He's got the lyrics bang on, too cute." Check out Akshay Kumar's epic response here:

He's got the lyrics bang on Too cute https://t.co/EtAcsxJ1Bu

Akshay Kumar co-starred with Riteish Deshmukh, Bobby Deol, Kriti Sanon, Pooja Hegde and Kriti Kharbanda in Housefull 4. Directed by Farhad Samji, the 2019 film is the fourth installment of the Housefull series. It is a reincarnation comedy and it shuttles between different time frames - one part is set in 1419 and the other one in 2019. Akshay Kumar plays the role of a warrior named Bala in 1419 while in the current times, he plays a guy named Harry.

Akshay Kumar was last seen in Good Newwz. He has a couple of films in the line-up - Laxmmi Bomb, Sooryavanshi, Prithviraj, Atrangi Re and Bell Bottom.