"I'm just not in a mood to let them get away with it. Write baseless lies about me," wrote Akshay Kumar 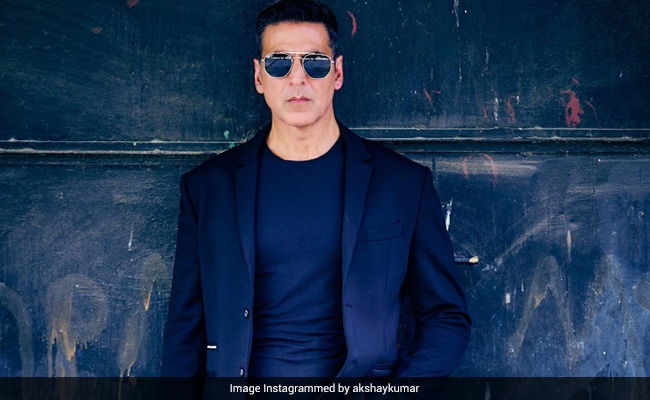 Akshay Kumar recently called out a media report claiming that he owns a private jet worth Rs 260 crore. On Sunday, the actor posted a tweet on his handle along with a screenshot of the report and a nursery rhyme. He wrote, "Liar, Liar...pants on fire! Heard this in childhood? Well, some people have clearly not grown up, and I'm just not in a mood to let them get away with it. Write baseless lies about me, and I'll call it out. Here, a Pants on Fire (POF) gem for you. #POFbyAK"

Meanwhile, Akshay Kumar is gearing up to release his forthcoming movie Ram Setu, co-starring Jacqueline Fernandez, Nushrratt Bharuccha, Nassar and Satyadev Kancharana. Helmed by Abhishek Sharma, the film is slated to release on the occasion of Diwali, October 25.

A few days ago, makers unveiled the trailer of the film, in which Akshay Kumar, who plays the role of an archaeologist in the film, is investigating the nature of Ram Setu (the bridge built by lord Ram in the epic Ramayan), which he calls a historic treasure.

Sharing the trailer on his Instagram handle, Akshay Kumar wrote, "You loved the first glimpse of #RamSetu...Hope you show even more love to the trailer." Check out the post below:

On the work front, Akshay Kumar was last seen in Cuttputtli, co-starring Rakul Preet Singh. Next, he will be seen in the Hindi remake of Suriya's Tamil film Soorarai Pootru, Selfiee and OMG 2 - Oh My God! 2.