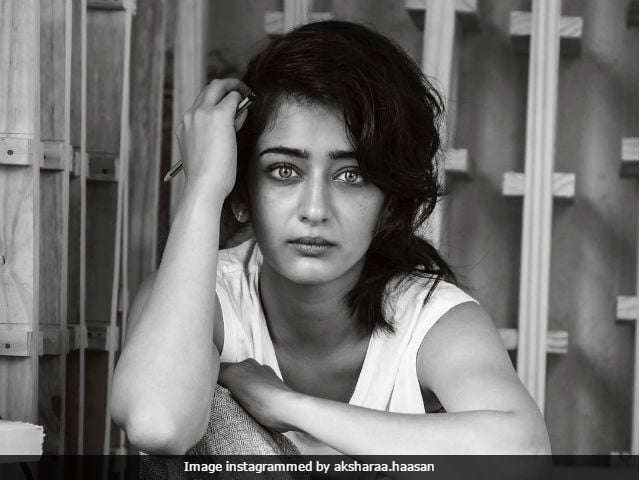 Akshara made her Bollywood debut with Shamitabh (Image courtesy: aksharaa.haasan)

New Delhi: Actress Akshara Haasan, who made her Bollywood debut with 2015 film Shamitabh, told news agency PTI that India needs to become more progressive. The 25-year-old actress, who will next be seen in Laali Ki Shaadi Mein Laaddoo Deewana told PTI: "I took up this role because it was challenging. We need to start thinking more progressively as a country. Times are changing; we need to change too and start moving forward. It's part of evolution." The film, directed by Manish Harishankar, is scheduled for release on April 7. Laali Ki Shaadi Mein Laaddoo Deewana also features Vivaan Shah, Gurmeet Choudhary & Kavitta verma in pivotal roles.

Akshara Haasan will be making her Tamil debut this year with Vivegam. The film, directed by Siva, also features Ajith Kumar and Vivek Oberoi. Speaking about her equation with her co-star Ajith, she said working the 45-year-old actor brought a lot of changes in her as a performer. "I learned a lot from Ajith sir. He is always humble and a thorough gentleman. Working with him is definitely an experience I'll never forget," she added.

Akshara Haasan, who attended the IIFA Utsavam awards in Hyderabad, also told PTI: "I'm very excited since IIFA is the first time I'm performing in any kind of award function. I'm really glad I got this opportunity to perform in front of the legends of southern film industries."

Promoted
Listen to the latest songs, only on JioSaavn.com
Akshara Haasan began her career as an assistant director. She assisted filmmaker Rahul Dholakia in the 2010 film Society starring her mother, Sarika. She made her Bollywood debut with Shamitabh. The film, directed by R Balki, also featured Dhanush and Amitabh Bachchan in lead roles.