Ahead Of Their First India Concert, A Sneak Peek Into U2 Stars Bono And The Edge's Mumbai Diaries

India is the final stop of the U2's Joshua Tree tour 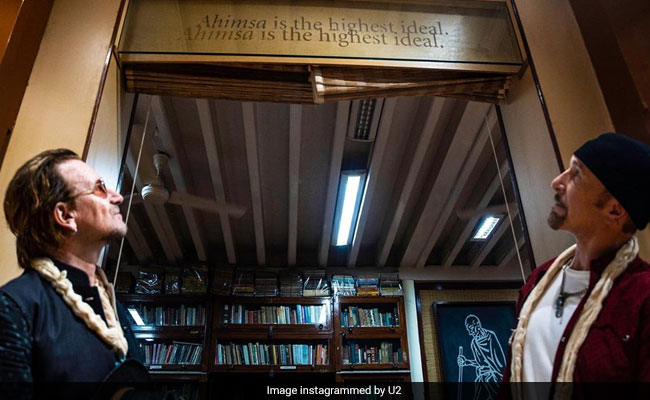 U2 band members Bono and the Edge in Mumbai. (Image courtesy: u2 )

Before U2 takes over Mumbai, here's a sneak peek into the legendary band's Mumbai diaries. The Irish band is all set to perform at DY Patil Stadium on Sunday evening and we can't keep calm. Ahead of their grand performance, the band shared snippets from their Mumbai diaries on the Instagram stories of the band's official social media handles. One of the pictures shared by the band's official Instagram account, features U2 frontman Bono and lead guitarist The Edge and the caption on the post read: "Ahimsa is the highest ideal.#u2 #thejoshuatreetour2019 #Mumbai."

Ahimsa is the highest ideal. #u2 #thejoshuatreetour2019 #mumbai

U2 landed in Mumbai on Thursday evening. The tour will celebrate U2's album The Joshua Tree, which released in 1987. The Edge, Adam Clayton and Larry Mullen Jr happily posed for the shutterbugs at the Mumbai airport. See the pictures from the airport here: 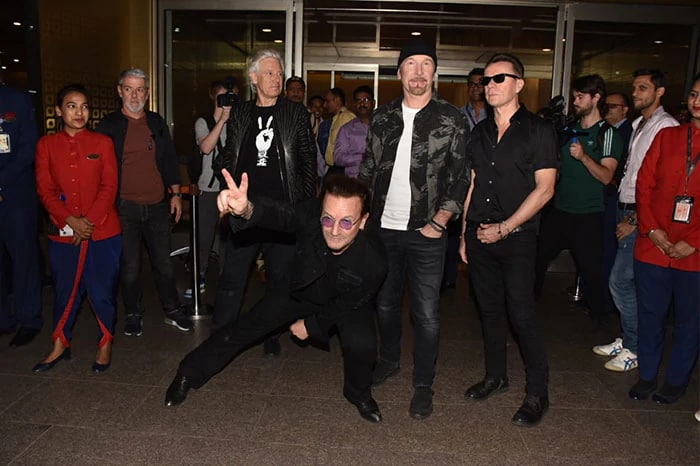 U2 members photographed at the Mumbai airport. 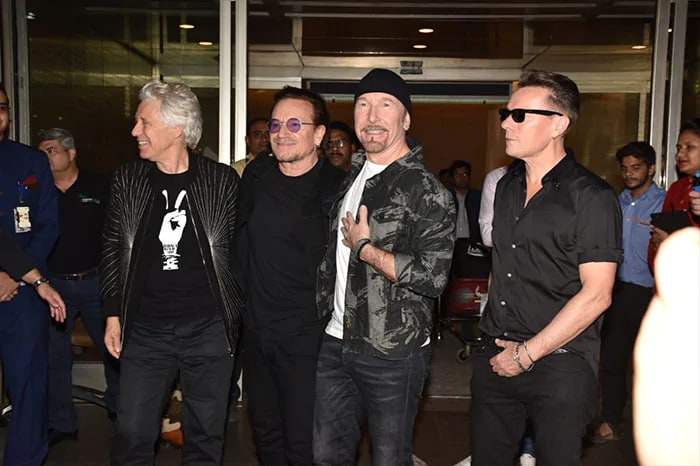 U2 members were photographed outside the airport.

After landing in Mumbai, the band's official page shared a picture of the band members Bono, Edge, Adam and Larry, posing next to a plane and the caption on it read, "Touching down in Mumbai... So excited to be here."

Touching down in Mumbai... So excited to be here! Bono, Edge, Adam, Larry #u2 #thejoshuatreetour2019 #mumbai

Other than India, U2 performed in New Zealand, Australia, Japan, Singapore, South Korea, the Philippines as a part of the Joshua Tree tour. India is the final stop of the tour. The tour has been brought to India by BookMyShow and it has been produced by Live Nation Global Touring.

U2 concert in IndiaU2U2's Bono and The Edge