Adele and Simon Konecki have reportedly decided to raise their son Angelo together. 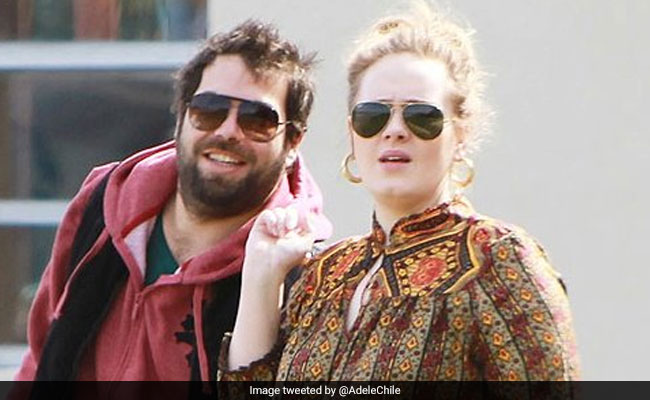 Grammy-winning singer Adele has filed for divorce from estranged husband Simon Konecki, almost five months after they announced their separation, her representative told the Us Weekly. Adele's rep also added that the 31-year-old singer and Simon Konecki are 'committed to raising their son together' and that they've asked for 'privacy.' Adele's spokesperson told Us Weekly, "Adele and her partner have separated... They are committed to raising their son together lovingly. As always they ask for privacy. There will be no further comment." Adele and Simon Konecki started dating in 2011 and their son Angelo was born in October 2012. Adele first confirmed she's married when she addressed Simon Konecki as her 'husband' during her acceptance speech at the 2017 Grammy Awards.

Meanwhile, a source also told Us Weekly that "their (Adele and Simone) relationship evolved and they became more like friends than lovers." The source added, "They realised the romantic love was no longer there and they were disappointed that it didn't work out." Adele reportedly gave her LA home to Simon Konecki two months before announcing their split.

Adele is an eminent singer and songwriter with one Academy Award, 15 Grammy Awards and 18 Billboard Music Awards among others in her kitty. She has three studio albums to her credit - 19, 21 and 25, which released in 2015 and it debuted at number one position in 32 countries. Hello, Someone Like You, Make You Feel My Love and Rolling In The Deep are among her popular tracks.