Actress Aahana Kumra Told To 'Hit The Gym' By Trolls. Her Response...

Aahana Kumra was told to 'hit the gym' after she posted a picture of herself exploring the Great Barrier Reef, dressed in a two-piece 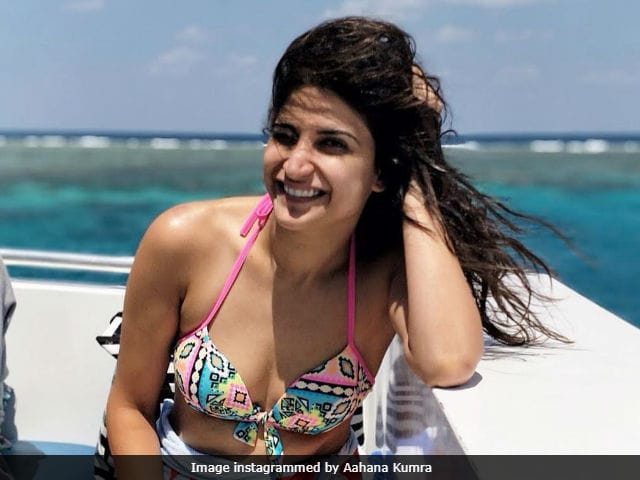 New Delhi: Body-shaming an actress again, social media? Tch... tch... Lipstick Under My Burkha actress Aahana Kumra, who is currently on a holiday in Australia, shared several touristy pictures of herself on Instagram. One picture of the actress from her expedition to the Great Barrier Reef was subjected to some nasty comments. Some Instagram users advised Aahana to "hit the gym" to "lose some fat from the belly." On Wednesday, Aahana posted a new picture from a new destination and captioned it: "Do we shape the world? Or does the world shape us?" A valid point, we think. This is the picture for which Aahana was fat-shamed by social media trolls:

"Aapka pet nikla hai," wrote one Instagram user while another wrote: "Work on your abs and then it will be perfect." But the trolls were outnumbered by the admirers, one of whom wrote: "This is beauty no photoshop."

Do we shape the world? Or does the world shape us? #AahanaInAustralia #FederationSquare #Melbourne #Square

This little furball is just what I needed to kickstart my holiday in Brisbane, never miss a Koala cuddle @lonepinekoala @visitbrisbane @Queensland #thisisqueensland @australia #SeeAustralia

Promoted
Listen to the latest songs, only on JioSaavn.com
Earlier, actress Deepika Padukone was told to 'eat a burger' after she featured on the cover of Vanity Fair magazine in July. Hurtful comments calling her a "dead body" and "anorexic" flooded the comments section.

Apart from body-shaming, Bollywood celebrities are also often subjected to slut-shaming. Fatima Sana Shaikh, Deepika Padukone, Priyanka Chopra and Soha Ali Khan have all heard from the trolls and have given slow clap-worthy replies.