Aishwarya Rai and Abhishek Bachchan got married in 2007 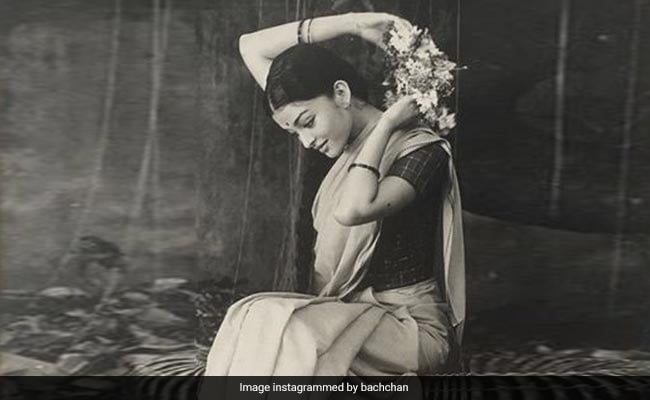 Aishwarya Rai Bachchan, who is celebrating her 49th birthday today, received an adorable wish from her husband, Abhishek Bachchan. The actor shared a throwback picture of the actress in which she is looking stunning as she poses for the camera. In the image, Aishwarya can be seen sitting in a saree with flowers in her hand. Along with the post, the actor wrote, "Happy Birthday, wifey! Love, light, peace and eternal success." Soon after he shared the post, Zoya Akhtar dropped a heart emoticon. A fan wrote, "She looks very beautiful Happy birthday," while another fan wrote, "Happy birthday and best wishes for ma'am"

Aishwarya Rai Bachchan and Abhishek Bachchan got married in April 2007 after dating for several years. Together they are parents to a daughter Aaradhya Bachchan.

Before making her debut in the acting world, the actress was crowned Miss World in 1994. She started her acting career with Mani Ratnam's political drama Iruvar in 1997, and the same year she made her Bollywood debut with the romantic comedy Aur Pyaar Ho Gaya, co-starring Bobby Deol. The actress has given numerous hits to the film industry, such as Hum Dil De Chuke Sanam,  Taal,  Mohabbatein, Jodhaa Akbar and Ae Dil Hai Mushkil, to name a few.

Last, she was seen in Mani Ratnam's magnum opus Ponniyin Selvan: I, co-starring Vikram, Jayam Ravi, Karthi, Trisha and others. The film, which clashed with Hrithik Roshan and Saif Ali Khan's Vikram Vedha, was well received by the audience and critics. Next, she will be seen in the sequel of the film, which is scheduled to release in 2023.