Read inOther Languages
This Article is From Sep 03, 2020

"Right now, I am taking my mother to get her tested. She is the last person in the loop. Please pray that she is negative," Aamir Khan wrote in his post 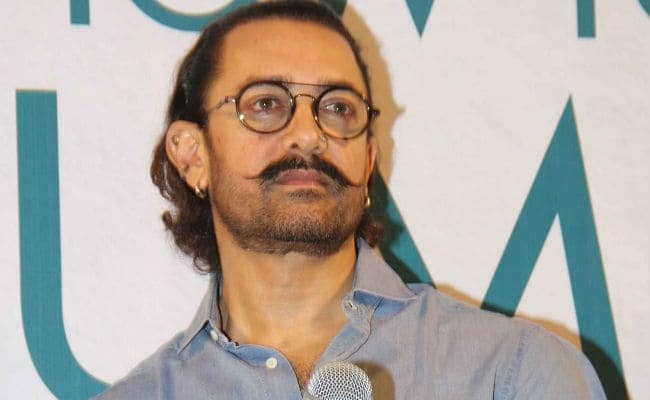 Aamir Khan was last seen in Thugs Of Hindostan

Aamir Khan, on Tuesday afternoon, said that members of his staff have been diagnosed with COVID-19. In an Instagram post, the 55-year-old actor revealed that he and his family members have tested negative. However, Aamir Khan added that at the time of sharing the post on Tuesday morning, he was on his way to get his mother tested. The staff members who tested positive were immediately quarantined at a medical facility, he wrote in his post. "This is to inform you that some of my staff have tested positive. They were immediately quarantined, and the BMC officials were very prompt and efficient in taking them to a medical facility. I would like to thank the BMC for taking such good care of them, and for fumigating and sterilising the entire society," read an excerpt from Aamir Khan's statement. "The rest of us have all been tested and found negative," he added.

"Right now, I am taking my mother to get her tested. She is the last person in the loop. Please pray that she is negative," the PK actor wrote in his post. Aamir Khan also thanked the medical team at Mumbai's Kokilaben Hospital for their support.

Aamir Khan got married to filmmaker Kiran Rao in 2005. The couple are parents to a son named Azad. Aamir Khan has daughter Ira and son Zunaid with his former wife Reena Dutta.

Aamir Khan was shooting for his upcoming movie Laal Singh Chaddha when the nationwide lockdown was imposed and shoots and productions were stopped. Aamir co-stars with Kareena Kapoor in the film, which is scheduled for Christmas 2020. He was last seen in 2018 release Thugs Of Hindostan.