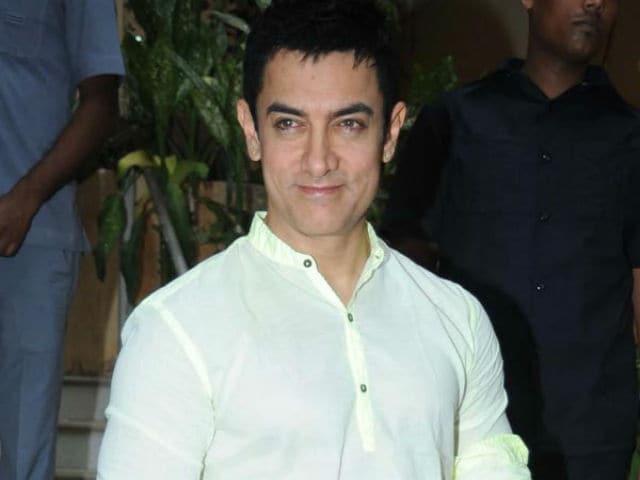 Mumbai: Superstar Aamir Khan calls 1960s the golden period of Indian cinema and says he wishes he was born during that period, which had greats like K Asif, Guru Dutt at the helm of films.

Aamir, 51, says the filmmakers of those times were a product of "turmoil" in the country, and hence brought a different sensibility to the craft.

"The 1960s were real and good. At that time people had gone through and risen from social upheaval, Independence struggle was there, partition had taken place... So, that entire generation of people who were creative at that time...Sahir Ludhianvi, Majrooh Sultanpuri...Very left wing leaning people...," Aamir said.

"I feel I wish I was born at that time. Mehboob Khan Saheb, K Asif, Guru Dutt... These are all people of that turmoil time; they grew up in that era. I feel that was the golden period of Indian cinema," Aamir said.

The actor was speaking at a panel discussion for the launch of his filmmaker uncle Nasir Husain's biography, Music Masti Modernity: The Cinema of Nasir Husain, written by Akshay Manwani.

During the Q&A with fans, Aamir, however, pointed out that even today they are many creative people in the film industry who are trying to do ground breaking work.

"But I think in fact now today even more and more young people are coming up with different stories, challenging themselves, challenging the audience. I make films from heart. There are many people who love their art, they do all sort of crazy things just out of their love for cinema.

"The movies I have worked in, look at the writers of those films, the stories that you liked or might have liked in which I have worked...Those have been penned by other writer, not me," he added.

Promoted
Listen to the latest songs, only on JioSaavn.com
Aamir Khan will soon be seen inDangal releasing on December 23.

First Look At Babil's Acting Debut In Anushka Sharma's Netflix Film Qala: "The Audience Should Launch Off Their Seats"