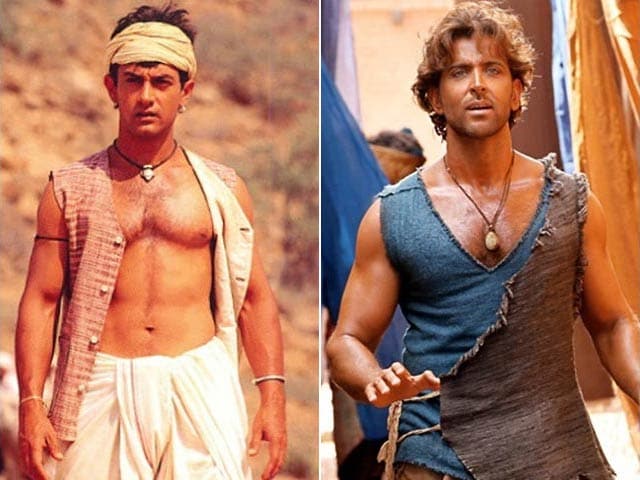 New Delhi: A smidgeon of the limelight has been stolen from Baahubali after it was announced that The Mahabharata will be made into a film on a budget of Rs 1,000 crore and starring Mohanlal in the lead as Bheem. Twitter is excited. Twitter can't shut up about it. And Twitter has several casting suggestions. "If The Mahabharata is ever made, Akshay Kumar Sir would be the perfect cast for either Krishna or Karan's character," said a fan of the Bollywood khiladi while Aamir Khan is also a favourite to play Krishna. Meanwhile, a fan of S S Rajamouli, the director of Baahubali, tweeted asking that he include Hrithik Roshan in the line-up if he ever decides to make a film on the Hindu epic. "S S Rajamouli, don't forget to cast this guy Hrithik Roshan," the tweet said - we're not sure if the fan thinks Rajamouli is directing the 1,000-crore Mahabharata (he's not, ad guru V A Shrikumar Menon is). Baahubali star Prabhas is the general choice for Bheem, a role already filled by Mohanlal but Twitter appears to have forgotten that.

Twitter thinks that Prabhas' Baahubali co-star Rana Daggubati would make a good Duryodhana while Hrithik has unanimously (sort of) been recommended for the role of Arjun. Actors like Abhishek Bachchan, Vidyut Jammwal, John Abraham and Tiger Shroff have also been cited on Twitter's list of recommendations.

Here are some of the tweets:

If #Mahabharata Is Ever Made ....@akshaykumar Sir Would Be The Perfect Cast For Either #Krishna Or #Karn Character ..

For the 1000 cr. budget #Mahabharata. My Star cast wud be @aamir_khan as Krishna, @SrBachchan as Bhishma pitamah, #Prabhas as Bheem..

Baahubali was also invoked in the light of The Mahabharata's humongous budget. Twitter is actually buzzing with the thought that this could be the "next big thing" after Baahubali, the first part of which is one of Indian cinema's top grossing films. There are great expectations of the second part, releasing next week.

For the 1000 cr. budget #Mahabharata. My Star cast wud be @aamir_khan as Krishna, @SrBachchan as Bhishma pitamah, #Prabhas as Bheem..

Meanwhile, Kamaal R Khan has been massively trolled by Mohanlal fans for dismissing the actor as "chhota Bheem" in a tweet. KRK also had his own list of casting suggestions, including offering himself as Krishna. The mega-budget Mahabharata film is based on MT Vasudevan Nair's celebrated novel Randaamoozham. Speaking on a radio programme, director Shrikumar Menon said that Mohanlal's colleague Mammootty hasn't been offered a role yet but might be, reported IBTimes. Mohanlal and Mammotty are the two megastars of Malayalam cinema.

Promoted
Listen to the latest songs, only on JioSaavn.com
"MT sir's script will also have an explanatory note that gives a complete idea on each character. An international casting agency has been hired, and we are yet to finalise the cast, but definitely some of the best teams in Indian cinema and a couple of surprise cast from Hollywood will also be part of the film. I need actors to be committed to this project for almost two years. As of now, Mammootty has not been approached for any character, though there are few roles that might fit him," IBTimes reported V A Shrikumar Menon as saying. Addressing speculation that Prithviraj Sukumaran is also being considered, the director said: "Prithviraj is actually a pan India star and should definitely be part of this movie," reported IBTimes.

The film adaptation of The Mahabharata will be made in two parts, just like Baahubali. The first part is expected to begin shooting by 2018 and release in 2020.

"Life Doesn't Get Easier." So, Anupam Kher Is Pushing His Limits At 66