Raise your hands if you remember Vivek Mushran, the actor who starred opposite Manisha Koirala in Saudagar 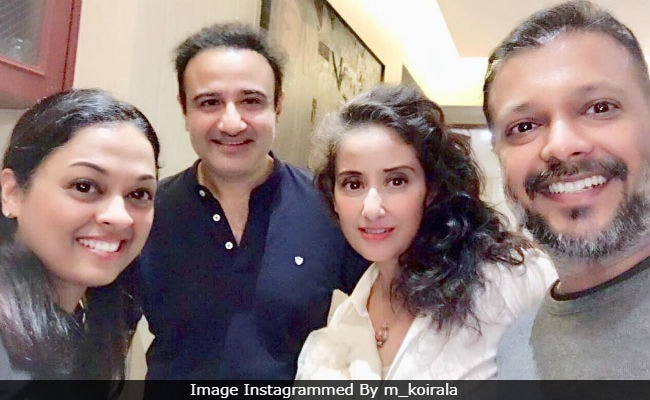 Raise your hands if you remember actor Vivek Mushran. Yes, the one who starred opposite Manisha Koirala in 1991 film Saudaagar. The duo recently met each other in Mumbai, along with some other friends. Manisha Instagrammed a picture with Vivek and captioned it as, "Hanging out with old pals." The Internet appears to be a bit amused with their reunion and brought back many memories from the 90s. "Great to see you together after Saudagar," read a comment on Manisha Koirala's post. Others added 'Ilu Ilu' zinger to it. Ilu Ilu is the most famous song from Manisha Koirala and Vivek Mushran's Saudagar.

After Saudagar released in 1991, Manisha Koirala and Vivek Mushran co-starred in First Love Letter. Insaniyat Ke Devta (1993) and Sanam (1997) are their other films together.

Last week, Manisha wished Vivek Mushran on his birthday with a still from their film Saudagar. "Happy birthday, Mush... May all your wishes come true dear friend," she wrote adding hashtags like '27 Years Of Friendship,' 'Thank You For Being A Friend' and 'Always There For Me.'