Piku remains Deepika Padukone and Irrfan Khan's only film together. 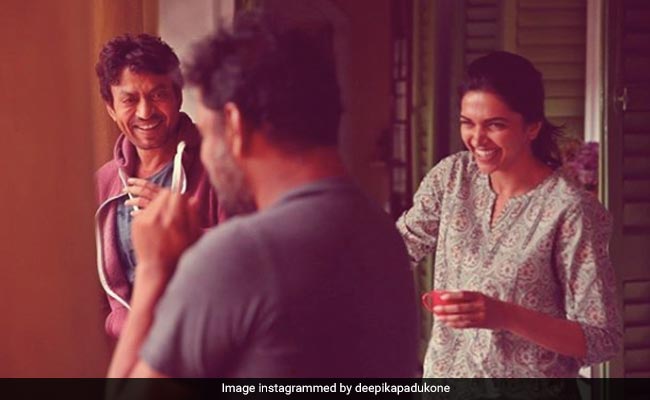 Deepika and Irrfan from the sets of Piku (courtesy deepikapadukone)

Deepika Padukone's post for Irrfan Khan will make you listen to the song Lamhe Guzar Gaye by Anupam Roy from the movie Piku and weep. The 34-year-old actress, who worked with Irrfan Khan in Shoojit Sircar's critically acclaimed movie Piku, remembered her "dear friend" on May 8, the day Piku clocked five years. Dedicating the song Lamhe Guzar Gaye to Irrfan, Deepika shared a behind-the-scenes photo from the film's sets in Kolkata and wrote: "Rest in peace my dear friend." Irrfan and Deepika can be seen sharing a light moment with director Shoojit Sircar in the photo. Irrfan Khan, who was diagnosed with cancer in 2018, died in Mumbai last week (on April 29). He was 53. In her post marking five years of Piku, Deepika also hashtagged Rana, the character played by Irrfan Khan, and Bhaskor for Amitabh Bachchan's role. Read Deepika aka Piku's post for Rana here:

Deepika's photo appears to be from the second part of the film, after Piku and her dad Bhaskor Banerjee reach their ancestral house in Kolkata, driven by Rana all the way from Delhi. Both Deepika and Irrfan were hailed for their memorable performances in the slice-of-life film. Piku fetched Amitabh Bachchan his fourth Best Actor National Award. Deepika also tagged Juhi Chaturvedi in her post. Ms Chaturvedi won two National Awards for Best Original Screenplay and Best Dialogues for Piku.

Piku remains the only film in which Deepika Padukone and Irrfan Khan were paired opposite each other. Earlier, Deepika featured in a song in Irrfan Khan's movie Billu. Deepika and Irrfan were also meant to feature in a future project based on Mumbai's women gangsters.