Keeping up with the parents-to-be 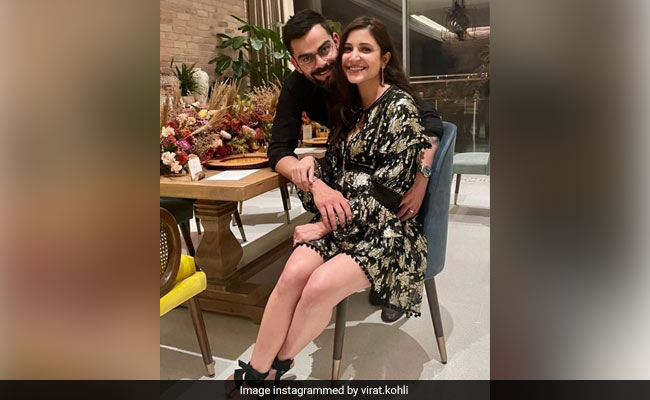 2021 is going to be extra special for Anushka Sharma and her cricketer husband Virat Kohli, as they will welcome their first child together this year. The couple, who celebrated New Year in Switzerland last year, opted for in-house celebrations in 2021 due to the coronavirus pandemic and Anushka Sharma's pregnancy. The couple, who are expecting their first child in January, celebrated with a few close friends including cricketer Hardik Pandya, Natasha Stankovic along with a few other friends. Dad-to-be Virat Kohli, posting a picture of the couple, wrote: "Friends who test negative together spend positive time together! Nothing like a get together at home with friends in a safe environment. May this year bring a lot of hope, joy, happiness and good health. Stay safe! #HappyNewYear2021."

Anushka Sharma recently trended big time for her maternity photoshoot. Speaking of the ways she and Virat Kohli wish to raise a child, the actress, in an interview with Vogue, said, "Love is the underlying factor in our home, and what's important to us is that our child be respectful of people. You have to create that value structure. We don't want to raise brats."

Anushka Sharma and Virat Kohli's love story began during a shampoo commercial that they did together. After dating for several years, they got married in a private ceremony in Tuscany, Italy in the year 2017. In August 2020, they announced their pregnancy on social media. Anushka Sharma was super active as a producer last year. She and her brother Karnesh Sharma backed award winning web-series Paatal Lok and Netflix film Bulbbul. Anushka was also spotted at multiple shoots during her pregnancy.