"3 Years Of Us And Soon, 3 Of Us": On Wedding Anniversary, Anushka Sharma's Special Post For Husband Virat Kohli 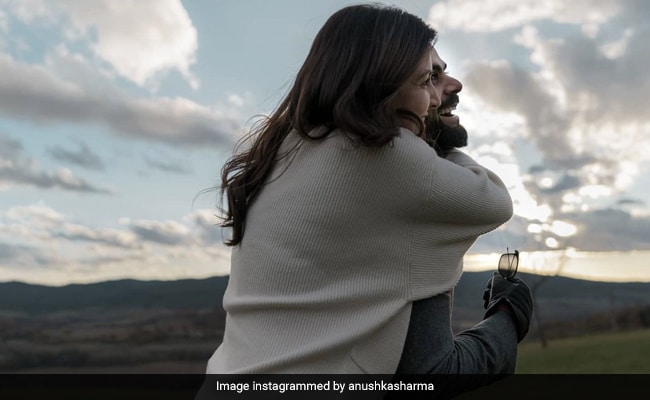 Happy anniversary, Anushka Sharma and Virat Kohli! The couple got married three years ago on December 11 in Italy's Tuscany. On their 3rd wedding anniversary, Anushka Sharma painted Instagram red with a mushy post for cricketer Virat Kohli. The couple are expecting their first child next month. Anushka posted an adorable photo of themselves and wrote: "3 years of us and very soon, 3 of us. Miss you." Virat Kohli is currently on tour of Australia with the Indian team. In the super cute picture, both Anushka and Virat can be seen laughing their heart out. Check it out:

Virat Kohli too, on Friday, wished his wife with a sweet greeting on Instagram. Picking a photo from their wedding album, the cricketer wrote: "3 years and onto a lifetime together."

Anushka Sharma and Virat Kohli announced their pregnancy in August. The couple posted adorable pictures of themselves with this caption: "And then we were three! Arriving January 2021."

Virat Kohli and Anushka Sharma got married in a destination wedding in Tuscany in 2017. They flew into the Italian town with only close family and friends and also maintained a strict 'no-mobiles-allowed' policy at the wedding.