A Likely Jonas Brothers Reunion Is 'Burnin Up' Twitter Trends 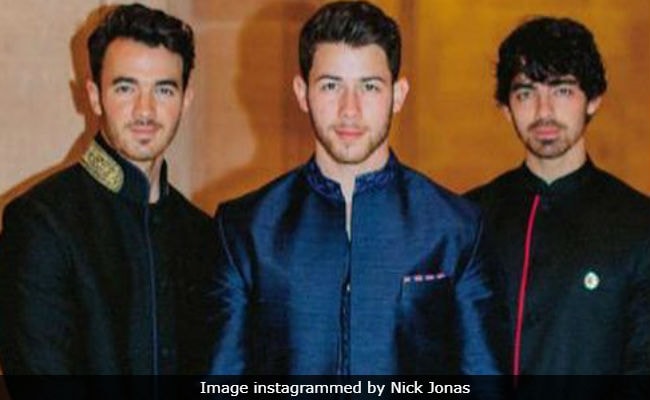 Wondering what the hashtag #JonasBrothersBlackout is all about? The Jonas Brothers - Nick, Kevin and Joe - recently deleted all posts from the band's verified Twitter account and replaced the display picture (DP) with a black window, which the Internet thinks is a hint about their possible reunion. The Jonas Brothers' fans could not keep calm and made the hashtag #JonasBrothersBlackout trend on Twitter. Meanwhile, as per a report in Us Weekly, the boy band, which split up in 2013, is reuniting after six years. Several sources told the magazine that Nick, Joe and Kevin Jonas will release their new album under the name 'JONAS' sometime soon. The Jonas Brothers' have neither confirmed nor denied reports of their possible reunion.

Fans of the Jonas Brothers are posting tweets like these:

THE JONAS BROTHERS DELETED ANY PREVIOUS POSTS AND BLACKED OUT THEIR SOCIAL MEDIA IT'S HAPPENING PEOPLE THEY'RE COMING pic.twitter.com/WpIneaic2z

me looking at the jonas brothers socials go black: pic.twitter.com/2pqIJftXtF

I'm slipping into the lava
And I'm trying to keep from going under
Baby you turn the temperature hotter
Cause I'm burnin' up, burnin' up
For you baby #jonasbrothersblackoutpic.twitter.com/rzVROuAEtA

The Internet also grew suspicious about a possible reunion after Nick Jonas "liked" a tweet posted by fan hoping the band reunites. Nick Jonas liked a post from the Twitter handle "@medet19er," which read: "11 years ago I became a fan of the Jonas Brothers but I never had the chance to see them live. If a reunion is really gonna happen I will be the happiest man on earth." 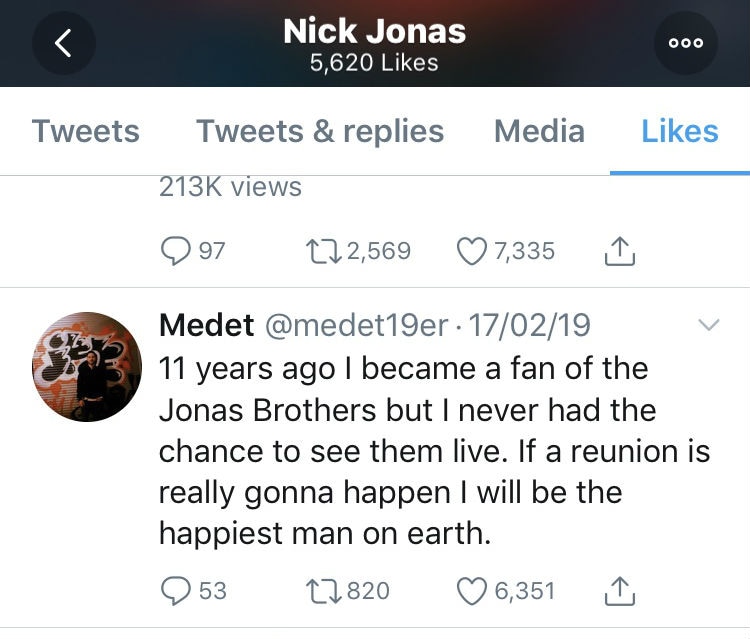 Nick, Kevin and Joe Jonas formed the band in 2005 and gained immense popularity through their Disney channel appearances. The Jonas Brothers featured in the Camp Rock films and they also starred in their own Disney series Jonas.

After they split up, Nick Jonas released two solo albums and he featured in films like Careful What You Wish For and Jumanji: Welcome To The Jungle while Joe Jonas formed the band DNCE in 2015 and he also appeared as a coach on singing reality show The Voice. Kevin, who is married to Danielle Deleasa, founded a real-estate development and construction company.